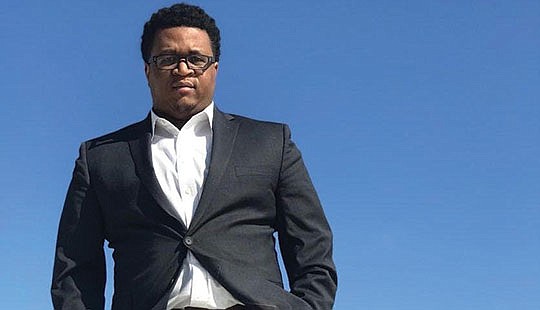 The startup launched in January 2018, its mobile app allows users to discover events in their location. According to founder and CEO Keith Wilson, an Atlanta resident, his company differs from other event-sharing apps and websites, such as Eventbrite, because it allows users to also share their experiences at the event. Users who download the app can also upload comments and videos of their experiences. The app features a heat map function that turns red when the event is busy. It also integrates ride-sharing apps such as Lyft and Uber.

“This (the heat map function) gives people a birds-eye view of what’s going on in a part of town,” said Wilson.

Wilson, who comes from a background in product development and event marketing in the auto industry, got the idea from his frequent business travels. Once he landed in a city he frequently went online to find things to do. However, Kompass Events’ app focuses on unique events, that makes it perfect for activities like music festivals.

“We (also) allow people to capture pictures and videos and do group messages,” said Wilson.

The Kompass Events app has been tested in Atlanta during a McDonald’s All-American basketball event. But Wilson said they are hoping to partner with the Super Bowl host committee and the NFL when the event comes to the city in February.

Wilson said that the events featured in the app are added by staff members, but the long-term goal is to have them crowdsourced.

Three of the five-man Kompass Events team come from a software and technology background.

According to Wilson, there are plenty of techies in the Atlanta area. Many of them are graduates of area schools such as Georgia Tech, Morehouse and Clark Atlanta.

While Atlanta has long been known for producing music and culture, Wilson said it’s fast getting a reputation as the “Black Silicon Valley.”

However, Wilson said many of the local tech startups still struggle with funding. He added that many new companies still have to go to New York or California when they need funds. A lot of startups rely on angel investors (family and business associates) to get on their feet, but this can be a challenge in the African-American community because people just don’t have that kind of disposable income. Also, many African Americans may be reluctant to sink their money into startups.

But there are other business opportunities to help startups. Last year, Kompass Events was accepted into Ascend 2020, an accelerator program that helps minority-led startups and businesses. The program is backed by JP Morgan Chase, Morehouse College Entrepreneurship Center and TechSquare Labs.

Kompass Events is looking to expand use of its app and look at monetization later this year. The startup is also hoping to partner with more companies who want to use its app.

“The more companies we can partner with the more we can promote their events,” said Wilson.