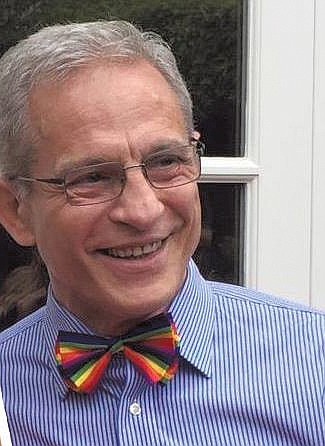 A person was found dead this week in West Hollywood, allegedly at prominent Democratic donor Ed Buck’s apartment, where a man was found dead of what authorities deemed a drug overdose in 2017.

Los Angeles County Sheriff’s officials said homicide detectives responded to the 1200 block of Laurel Avenue early Monday morning. Details were not immediately available from the sheriff’s department on the gender, age or cause of death of the person.

According to the county fire department, paramedics were sent to 1234 Laurel Ave. at 1:05 a.m. Monday on a medical call, but no further details were released.

Buck made headlines when the body of 26-year-old Gemmel Moore was found in his West Hollywood residence. The coroner’s office ruled Moore’s death an accidental methamphetamine overdose, to the dismay of his family.

The coroner’s office ruled Moore’s death an accident, noting that there was drug paraphernalia found in the home, along with sex toys and clear plastic bags containing what was suspected to be methamphetamine, according to a coroner’s report obtained by the Los Angeles Times.

With the death ruled accidental, however, no arrests were made and no charges were filed.

Buck’s attorney, Seymour Amster, has repeatedly denied that Buck had any involvement in Moore’s death. He said Buck and Moore were good friends, and told The Times that Buck did not witness Moore injecting drugs the night he died.

Moore’s mother, LaTisha Nixon, continued to push the sheriff’s department to investigate her son’s death. She noted that her son had been living with her in Texas, but Buck bought him a plane ticket to return to Los Angeles, which he did the day he died. According to The Times, Moore, who was Black, had previously been homeless and worked as an escort.

Buck, who is White, is a longtime political activist and noted Democratic political donor, along with being active in LGBTQ political circles. He also once ran for a seat on the West Hollywood City Council.