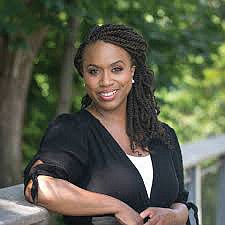 Last week women, and especially women of color, were sworn in in record numbers in the nation’s House of Representatives. Several of them have already stepped up to the plate to express their discontent with the president and Republicans in Washington, D.C. One of those is Ayanna Pressley, newly elected to the House for the state of Massachusetts.

According to the Huffington Post, federal government workers have gotten retroactive pay after previous shutdowns. But contract workers have not. Hundreds of thousands of federal employees have been furloughed or are working without pay as the government shutdown continues into its third week. But another group of workers also has been hit hard: government contractors. And unlike those employed directly by the government who likely will get back pay for this period, contractors in past shutdowns have not.

A freshman Democrat from Massachusetts, Pressley wants to change that. She introduced legislation on Tuesday to ensure back pay for government contractors ― from food workers and janitors to security services ― which depend on federal funds for their wages. Since the shutdown, many have been furloughed or have received “stop work” orders, putting them out of work, and without pay, until the government is running again. Pressley urged congressional leaders in a weekend letter to ensure that “any final funding agreement includes retroactive compensation for the thousands of low-wage government contract service workers that have had their lives put on hold as a result of President Trump’s obsession to fund a xenophobic hate wall.”

About 2,000 low-wage contract workers are off the job amid the shutdown, Pressley said in her letter. Her bill would ensure back pay specifically for “low-wage workers,” including those in retail, food, custodial or security jobs. “The ongoing government shutdown ― a crisis created by the Trump Administration in pursuit of a ‘monument to hate’ that will do nothing to make our country safer ― is threatening the livelihoods of more than 800,000 federal workers, none more so than contract service workers, many of whom work on an hourly basis, for low wages, and currently have no prospect of recouping wages lost as a result of the shutdown,” Pressley said in a statement. “We must ensure that contract services workers, many of whom are living paycheck to paycheck, are able to recover their lost wages,” she added.