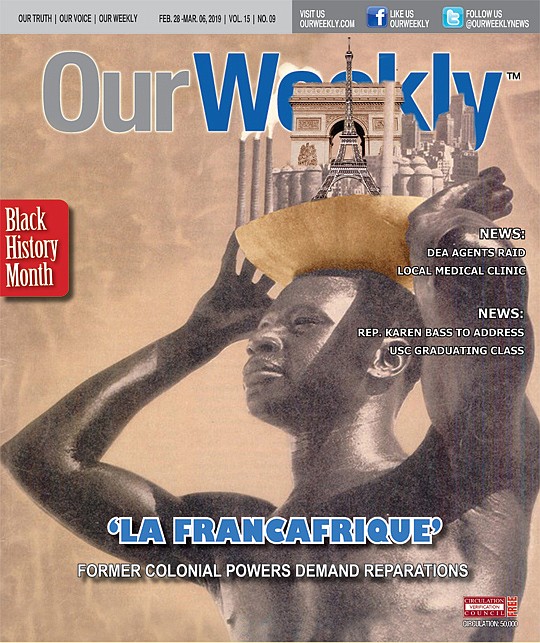 noun 1. -the making of amends for a wrong one has done, by paying money to or otherwise helping those who have been wronged.

1) “The courts required a convicted offender to make financial reparation to his victim.”

2). -the compensation for war damage paid by a defeated state. Plural noun: reparations.

Reparations, the idea that compensation (possibly monetary) be allocated to the descendants of the Trans-Atlantic Slave trade (known in some circles as the “Middle Passage”). The idea has been bandied about since the end of the Civil War and Union Gen. William Tecumseh Sherman’s Special Field Orders No. 15., announcing the famous “40 acres and a mule” provision to the formerly enslaved (a decree which was never fulfilled). This concept gained momentum during the latter part of the 20th Century, as organizations like TransAfrica (or TransAfrica Forum) came into existence (see https://www.facebook.com/TransAfricaForum/).

Another entity still active is the National Coalition of Blacks for Reparations in America, better known as “N’COBRA”(https://www.ncobraonline.org/). Most remain vague about what specific physical form these amends should take.

“We are nothing but flesh out of which taxes may be ground; we are nothing but beasts of burden.” —From “Batouala,” a 1921 novel about French Equatorial Africa by René Maran. Looking back to the end of slavery and the beginnings of Reconstruction, the loss of free labor doubtlessly irked former slaveholders, even without the notion of reparations to those released from bondage.

Within Washington, D.C., a novel plan was put into service to ensure the loyalty of ex-slavers to the union, called “compensated emancipation.” Thusly, they were given $300 as compensation for each slave liberated (this is known as the “District of Columbia Compensated Emancipation Act” of 1862). The rest of the Confederacy lost out with the end of the Civil War, and the abolition of slavery. European colonialization was similar (as both largely centered on the domination of African resources, either/or human labor and real estate) in that most of the countries under subjugation eventually gained emancipation, meaning a loss of income generated by these former territories.

France is in a unique position since the countries making up its empire on the African continent achieved independence relatively recently, since the end of World War II. Yet, the French did not willingly accept cutting ties to the cash cow to the south, in spite of global pressure to embrace the “higher moral purpose” en vogue during the 20th Century.

The die was cast, however, and the year 1960 saw the bulk of the Francophone Empire achieve sovereignty (of a sort) as the world moved into the post-colonial era. These include the Central African countries of Cameroon, Central African Republic, Chad, Republic of the Congo, Equatorial Guinea and Gabon (all gaining independence in 1960 except for Equatorial Guinea in 1968); along with the West African countries of Benin, Burkina Faso, Guinea-Bissau, the Ivory Coast, Mali, Niger, Senegal and Togo(all gaining independence in 1960, except for Guinea-Bissau, independent since1974).These countries also share a financial bond. As a condition of their sovereignty, France would continue to have access to significant portions of their monetary resources, perhaps as a “salve” to ease the pain of lost revenues. As we shall see, this arrangement would impact these emerging states more then just economically.