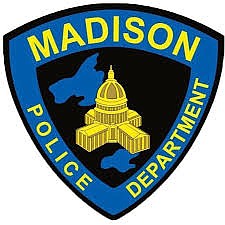 A White teacher in Madison, Wisconsin is on leave during the investigation that stems from him alleging ripping three braid’s from a Black student’s head, all reportedly over her perfume. According to the Huffington Post, the teacher – Rob Mueller-Owens – tackled the 11-year-old girl during a “disciplinary procedure” that was caught on camera. The mother of the girl, Mikiea Price, filed a police report when her daughter came home crying with a broken lip and three missing braids.

Pastor Marcus Allen, who is acting as a spokesperson for the Price family, admitted to reporters that the video shows that Mueller-Owens fell on top of the girl; however, it also shows him forcefully pushing her into the hallway. The incident began reportedly because the perfume the girl sprayed bothered the teacher. Price said one of the reasons she is upset is that the school didn’t provide medical attention to her daughter, and it did not call her to report the incident. Price says she is hiring an attorney. “I just feel violated in so many ways that this even happened to her,” Price said. The incident is under investigation by the school district and the Madison Police Dept.