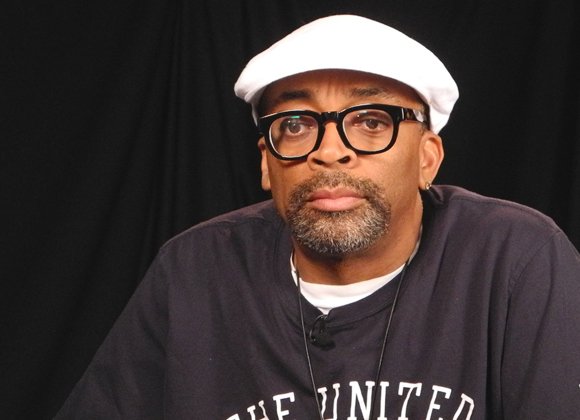 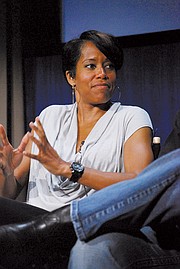 Spike Lee, the outspoken filmmaker who won his first Academy Award for best adapted screenplay as a co-writer of “BlacKkKlansman,'' had some witty words backstage last night when discussing the best picture winner “Green Book.”

Some critics have long held that Lee, who also directed “BlacKkKlansman,'' was snubbed for not being nominated for best picture for his 1989 film “`Do the Right Thing.'' That year's winner, “Driving Miss Daisy'' was about a Black man serving as a driver of a White woman in the Deep South, while “Green Book'' is about a White man serving as a driver for a

Black man in the Deep South.

“I'm snakebit,'' Lee told reporters at the Dolby Theatre last night when asked if the Oscar made up for his past snubs. “I mean, every time somebody is driving somebody, I lose.''

Lee, who said he was on his sixth glass of champagne, added that they just “changed the seating arrangement.''

When asked to directly comment on the best picture win for “Green Book,'' Lee said, “Let me take another sip. Next question.''

He did eventually say, “I thought I was courtside at (Madison Square) Garden and the ref made a bad call.''

When asked what he would say to David Duke, the former Grand Wizard of the Ku Klux Klan who is portrayed in his film, Lee simply took another sip.

When asked how he might have changed as filmmaker since he made “Do the Right Thing,'' or how he might have approached the same topic today, he said, “I do not answer hypotheticals. It was made when it was made. But the thing is, that film, I wrote it in '88. I was talking about gentrification. In '88 I was talking about global warming, and that stuff. June 30, it will be the 30th anniversary of 'Do the Right Thing,' and all the stuff that was talked

about in that film is still relevant today.''

About his latest film, Lee said that “whether we won best picture or not, this film will stand the test of time being on the right side of history.''

It was a big night for Black actors and African-American-themed films. Ruth Carter became the first Black woman to win an Oscar for costume design for her work on “Black Panther.” She said she hoped the win would open doors for others.

“I dreamed of this night and I prayed for this night honestly(and) what it would mean for young people coming behind me. We've opened the door...finally the door is open.”

Mahershala Ali won the Oscar for best supporting actor for his role as the concert pianist Don Shirley in “Green Book.” Ali won his first Oscar two years ago for his work in another best-picture winner “Moonlight.”

“It makes me more aware of all the people who have really contributed to my life,” Ali said. “The first Oscar helped me get Green Book. It changes your profile. It gets you in other rooms.”

Southland native Regina King won best supporting actress for her role “If Beal Street Could Talk.” King said the award is particularly resonate because the film itself is about love and persevering and is “so needed right now.”

“It's a beautiful film...I think it's a film that breaks through a lot of the sections that exist right now,” King said. “Love is that thing that pushes us through trauma.”

Also, Hannah Belcher received the Oscar for best production designer for her work on “Black Panther.”

“When you think it’s impossible, just remember to say this piece of advice I got from a very wise woman: I did my best, and my best was good enough,” Behcler said.