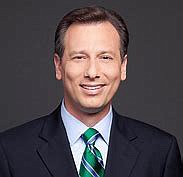 Police were contacted at 1:15 p.m. Dec. 27 by a caller who said a man he was with at the Days Inn, 450 Pioneer Drive, had passed out and was possibly not breathing, Glendale police Sgt. Dan Suttles previously said.

A dispatcher gave the man instructions on how to perform CPR and he was attempting to administer emergency aid when firefighters arrived, Suttles said.

Glendale firefighters found Burrous inside the motel room, not breathing, Suttles said. They administered CPR and the 43-year-old newscaster was taken to a hospital, where he was pronounced dead at 2:06 p.m.

An autopsy was performed Dec. 28, but the cause of death was deferred pending further investigation.

According to the coroner's report, Burrous had inserted the drug into his anus and put on a bondage mask laced with amyl nitrate “poppers'' during a sexual encounter with a man he met on the Grindr dating website.

Burrous, who was married with a 9-year-old daughter, graduated from Chapman University in Orange with a degree in broadcast journalism and began a two-decade career in news starting at KCKC-AM and KCXX-FM in San Bernardino while he was still in school.