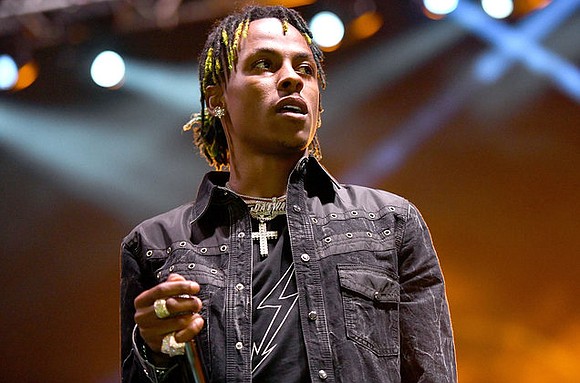 Just hours after posting a photo of himself standing in front on Westlake Studios holding a large amount of cash, Rich the Kid was robbed at gun point, according to multiple news sources. The rapper and his entourage were standing outside the renowned studio where Usher was inside recording when Rich the Kid was robbed and his body guard badly pistol whipped, reported TMZ. L.A. cops swarmed the area, guns drawn, hoping to nab the suspects. Shots were fired by one assailant, who reportedly turned and fired off at least 1o shots as he fled the back area of the studio where the attack on Rich the Kid and his entourage occurred. Usher was inside the studio the whole time and was not hurt nor was he involved in the melee. This is the second time Rich the Kid has been a victim of a robbery. Last summer, he was badly injured during a home invasion robbery.