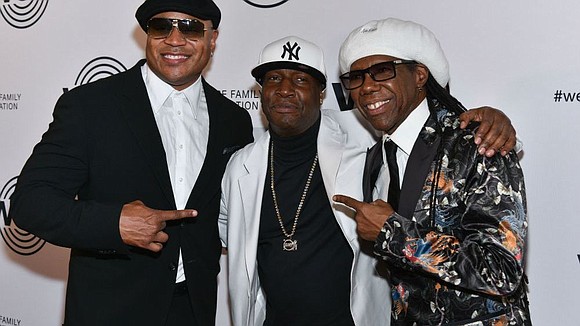 Rap legend Grandmaster Flash has been named a 2019 Laureate for Sweden’s Polar Music Prize, considered one of the world’s most prestigious music awards. As part of his prize, he will receive $110,000. The awards are to be presented at a gala in Stockholm at the Grand Hotel by King Carl XNI on June 11. “It is such an honor, because a lot of times in our culture, what we do as DJs gets overlooked. So for these people to say, let’s give this to someone who doesn’t necessarily use a microphone as their gift, for me be picked out of so many people, I am so deeply honored,” Grandmaster Flash said.

According to Variety, Flash is one of the undisputed pioneers of hip hop, emerging from the Bronx in the 1970s and creating, with the group the Furious Five (particularly rappers Melle Mel and Cowboy), some of the most influential songs of early hip hop. While their early releases — such as the 1980 breakthrough “The Adventures of Grandmaster Flash on the Wheels of Steel,” had a party vibe, the group quickly pivoted to address the social issues reflected in the early ‘70s records by Marvin Gaye and the Temptations, emerging in 1982 with “The Message,” arguably the first socially conscious hip-hop record.

Other songs such as the anti-drug “White Lines” followed, and while the group split not long after, Flash has continued to boggle minds with his turntable skills in the decades since: His Twitter profile boasts, with no exaggeration, “The first DJ to make the turntable a musical instrument.”