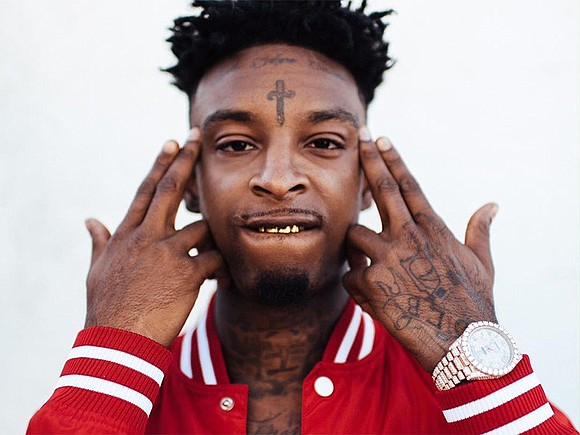 After 21 Savage’s arrest by ICE on Sunday on grounds that he is a U.K. citizen who has overstayed his visa, many people have spoken out in his defense, ranging from Cardi B to U.S. Rep. Hank Johnson. (21 Savage is a rapper whom many people thought was from Atlanta.) But Jay Z has not only issued a statement on his Facebook page, he has hired attorney Alex Spiro to assist with the case, Spiro confirms to Variety.

A source also tells Variety that if Savage is still incarcerated at the time of the Grammy Awards on Sunday — where he is up for two awards, including Record of the Year, for his featured work on Post Malone’s “Rockstar” — there may be an immigration-themed moment in his honor. “The arrest and detention of 21 Savage is an absolute travesty, his U visa petition has been pending for 4 years,” Jay-Z wrote in a post. “In addition to being a successful recording artist, 21 deserves to be reunited with his children immediately, #Free21Savage.” Adds Spiro: “We are not going to stop until he is released, bonded out or in front of a judge. What we have here is someone who overstayed their Visa with an application pending for four years — not a convicted criminal that needs to be detained and removed but, by all accounts a wonderful person, father and entertainer who has a marijuana offense which was vacated and sealed.”

The circumstances of Savage’s (legal name: She’yaa Bin Abraham-Joseph) arrest have been so inconsistently reported that his representative issued a statement Tuesday in an effort to clarify matters. The statement positions him as a “Dreamer” and asserts that: He was born in the U.K. and arrived legally in the U.S. at the age of 7. He remained in the U.S. until 2005, when he left for approximately a month to visit the U.K., and returned under a valid H-4 visa on July 22, 2005 and has remained in the country since then. His legal status expired, “through no fault of his own,” in 2006.

“He has no criminal convictions or charges under state or federal law and is free to seek relief from removal in immigration court. ICE provided incorrect information to the press when it claimed he had a criminal conviction.” ICE spokesman Bryan Cox said on Sunday that “Mr. Abraham-Joseph was taken into ICE custody as he is unlawfully present in the U.S. and also a convicted felon.” Savage was convicted of felony drug charges in 2014 in Fulton County, Georgia, but his reps assert those charges were later expunged.

He has three U.S. Citizen children, a lawful permanent resident mother and four siblings that are either U.S. Citizens or lawful permanent residents. “Because of his length of residence in the United States and his immediate relatives, Mr. Abraham-Joseph is eligible to seek Cancellation of Removal from an Immigration Judge.” He was placed into deportation proceedings after his arrest and was not in deportation proceedings prior to this detention by ICE. It also asserts that the DHS has known his address since the filing of a U-visa application in 2017, which was filed as a result his being the victim of a shooting in 2013.

The statement concludes that Savage “is not subject to mandatory detention under federal law and is eligible for bond,” and asserts that he poses no flight risk or any danger to the community, citing his acts of charity (such as his donation of school supplies and haircuts to Atlanta schools in August). It also notes, “Many have speculated as to possible ulterior motives for his arrest and detention, including that he released music five days prior to his arrest by ICE, which included new lyrics condemning the behavior of immigration officials for their detention of children at the border. We are unaware of why ICE apparently targeted Mr. Abraham-Joseph, but we will do everything possible to legally seek his release and pursue his available relief in immigration court.”