Virginia could end up with Black governor if Northam resigns 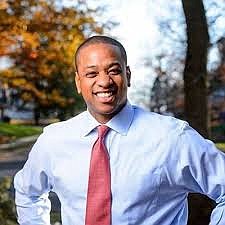 “Change is gonna come” is often heard being sung during Civil Rights events and looks at the past. Certainly, despite a present administration that does not actively condone racism, changes are in the works in America’s political system. The last election saw new faces of color take seats in Congress, the House and on state and local level positions nationwide.

Look at Florida and Georgia – the race for governor in both states went down to the wire for two Black candidates, and, Stacey Abrams who ran for governor of Georgia has in fact been chosen to issue the Democratic reply to President Donald Trump’s State of the Union address. That’s powerful stuff that a Black woman was chosen to make that address. Virginia may be on the verge of appointing a Black governor. According to the Washington Post, Justin Fairfax, an Ivy League-educated attorney , now stands as Virginia’s lieutenant governor, but could become governor if Gov. Ralph Northam resigns. Northam is under fire after a racist photo appeared from a 1984 medical school yearbook.

The photo, which shows one person in blackface and another in Ku Klux Klan garb, spurred calls from national and state Democrats, Black leaders and Republicans for Northam to step down. Fairfax, 39, is serving his first term in public office. He was elected as Northam’s deputy in the 2017 blue wave in which Democrats won all three statewide offices and picked up 15 seats in the House of Delegates. He would be the second African American governor of Virginia, following L. Douglas Wilder, who held the office from 1990 to 1994. Only two other African Americans have been governors in modern U.S. history.

Fairfax grew up in his grandparents’ home in a middle-class area of Northeast Washington, where he moved with his mother, a pharmacist, and his three older siblings after his parents divorced. He attended DeMatha High School, Duke University and Columbia Law School and came to Virginia in 2005 to clerk for U.S. District Judge Gerald Bruce Lee. Fairfax has mostly worked in the private sector except for several years as a federal prosecutor in Northern Virginia. After being elected lieutenant governor, which is a part-time position, he was hired by the white-collar firm Morrison and Foerster. He lives in Annandale with his wife and two children.

Fairfax first sought public office in 2013, running for attorney general as a political outsider. After nearly upsetting establishment favorite — and current attorney general — Mark R. Herring in the Democratic primary, he spent the next few years barnstorming Virginia to help candidates for local office and building his stature within the state Democratic Party. When Northam, who was then lieutenant governor, opted to seek the governorship in 2017, Fairfax entered the race to replace him. He handily beat political operative Susan Platt and fellow former prosecutor Gene Rossi in the Democratic primary and defeated state Sen. Jill Holtzman Vogel (R-Fauquier) in the general election.

He didn’t grow up with much, but with scholarships, a hard-working mom, he went to college and law school and chose public service to make sure other striving young kids could have the same opportunities,” former President Barack Obama said of Fairfax when stumping for Democratic candidates at a Richmond rally in 2017. Fairfax had been widely expected to run for governor in 2021 to replace Northam, who would have been barred from seeking reelection because of term limits. Herring, now serving his second term as attorney general, is also planning to run for governor.