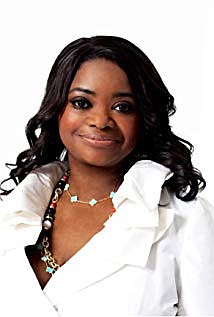 LeBron James’ recent move to Los Angeles (and Hollywood) has facilitated the NBA star’s desire in becoming a movie mogul. He’s already working on several films as executive producer and actively involved in developing Black-oriented scripts and talent. Most recently, he used his personal power and leverage in conjunction with actress Octavia Spencer for the upcoming Netflix series about self-made millionaire Madam C.J. Walker.

Spencer said that the NBA star, who is an executive producer alongside her “had to intervene” during negotiations over the pay she would receive for her work on “Madam C.J. Walker.” reports the Huffington Post and Variety. Much like C.J. Walker, Spencer’s talent has brought her critical acclaim, with roles in blockbusters including “The Shape of Water,” “Hidden Figures” and “The Help.” To this day, however, the actress says she still needs help from allies to get her a paycheck at least equal to her male co-stars.

“I have to say, when I was negotiating my deal for ‘Madam C.J.,’ LeBron James had to intervene,” Spencer said recently at the Sundance Film Festival, according to Indie Wire. “So we need all our male counterparts to be in the fight with us.” This time last year, Spencer detailed a similar situation in which a famous colleague had to step in to help her get equal pay. According to Spencer, actress Jessica Chastain negotiated for higher pay and insisted that Spencer be paid the same as her for a holiday comedy in which they were set to co-star.

Spencer and Chastain had previously starred together in “The Help,” for which Spencer received the supporting actress Oscar. “She’s walking the walk and she’s actually talking the talk,” Spencer said during a women’s panel at the 2018 Sundance Film Festival. “She said, ‘Octavia, we’re going to get you paid on this film. .... You and I are going to be tied together. We’re going to be favored nations, and we’re going to make the same thing.’ ... Fast forward to last week, we’re making five times what we asked for.”

At this year’s Sundance, Spencer used her stories about James’ and Chastain’s interventions to highlight why women, and women of color in particular, need allies who will help them negotiate. “I think my goal is to make sure that all women of color get equal pay, and all women get equal pay,” the actress said. “The only way to do it is to have these conversations, to talk numbers with your co-stars. Jessica and I stood together, and that was interesting that she would take that position — well, I mean, she is Jessica Chastain — but we also need advocates and allies in negotiating.”

Chastain, Spencer and, now, James, whose production company has signed deals with NBC, Warner Bros. and Showtime, are all part of the deafening chorus of Hollywood insiders demanding pay parity in the industry. Last summer, Chastain pushed her White female peers a little further, asking them to be active advocates for women of color. “Your silence is your discrimination,” Chastain told the Hollywood Reporter. “So if you are succeeding in an environment where there is discrimination, you are actively being discriminatory.”