Democratic presidential field continues to expand in campaign against Trump 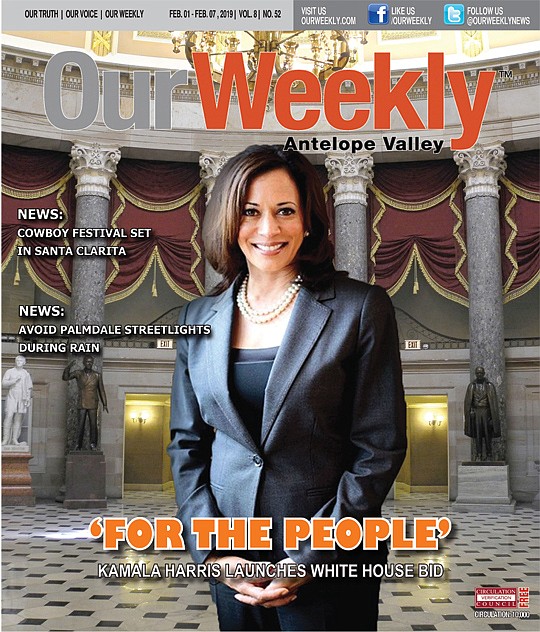 The race for the 2020 Democratic nomination for the White House is in full swing, with up to 20 hopefuls having either announced or are considering a campaign to unseat President Donald Trump.

If liberals, independents and former Republicans can agree on one thing, it is that finding a Democrat nominee who can defeat President Trump is of paramount importance. If voters learned anything from the 2016 campaign, the nominee will need to transcend party politics and appeal to moderate voters, swing voters, and independents, the latter group no longer holding any political affiliation particularly after the rancor of the previous presidential campaign.

While it is far too early to select any candidate as a front-runner, some names do elicit passion among the electorate. This includes California Sen. Kamala Harris who announced her bid on Martin Luther King Jr. Day. Harris got off to a good start by raising $1.5 million in just 24 hours, considered a massive haul for the first-term senator, and also tying the largest one-day total in California that Vermont Sen. Bernie Sanders collected during his 2016 presidential run.

A large field of hopefuls

Often, small-dollar totals can be an early litmus test for candidates. Harris raised the one-day total from a reported 38,000 online contributions (roughly $37 each), while Sanders in early 2015 came to the west and witnessed 35,000 persons donate an average of $43.50 each.

Harris’ early appeal may demonstrate the strength of her followers and to possibly serve as a way to measure initial excitement for her campaign. Her group has tried to cultivate organic appeals to supporters, including using behind-the-scenes announcement photographs taken by Harris’ husband, Doug Emhoff, which accompanied an email he co-authored to her list.

Harris announced her bid in Oakland via video from a rally. It got 6 million views and her Instagram account gained more than 100,000 new followers. The campaign also said it ran 25,000 Facebook ad variations. Harris’ campaign logo pays homage to the late Brooklyn Rep. Shirley Chisholm who in 1972 broke ground as the first Black woman of a major political party to run for president. Almost 50 years later, Harris’ staff believes she is the first Black woman with a legitimate chance to win.

“These numbers reveal a campaign powered by the people—an energetic, nationwide movement eager to elect Sen. Harris and support her vision of an America that actually works for the people,” said Mike Nellis, a digital strategist for the Harris campaign.

Harris’ roll out on Martin Luther King Jr. Day was not a casual event. Nor was her decision to visit South Carolina even before her kickoff rally in Oakland. These events weren’t necessarily done to capitalize on her status as the only Black woman in the 2020 Democratic presidential field, but the symbolic timing of her announcement and the nature of the events are hard to ignore. Because Black voters play a significant role in the Democratic base—and under party rules congressional districts with overwhelming Democratic performance receive more delegates—this early move by Harris could multiply the value of the Black vote not only in California but throughout the nation.

Harris will have to be a top finisher in the early states (Iowa, New Hampshire, South Carolina) that traditionally trim the field of candidates. South Carolina, in particular, is a crucial primary and she may have a decided advantage among Black voters there. On Monday, Harris was in Iowa for a CNN Town Hall where she touted her middle class tax cut proposal as a first priority. Her LIFT the Middle Class Act (Livable Incomes for Families Today) would provide a refundable tax credit of $6,000 for married couples earning up to $60,000 a year. Single filers making up to $30,000 and single parents earning up to $80,000 would receive a credit of $3,000.

“We have so many families in America right now that are a $500 emergency away from complete financial catastrophe,” Harris said. “People at the top 1 percent—people who are making anywhere between $10 million a year and $50 million a year, they need to pay more taxes.” Harris has also proposed “Medicare for all” as a single-payer health insurance option in recalling how her mother was fortunate to have Medicare when she was dying of cancer a decade ago. It was a not-so-veiled veiled reference to campaign statements by 2008 presidential candidate Barack Obama whose mother reportedly had to battle insurance companies while she, too, was fighting cancer.

“We have to appreciate and understand that access to healthcare should not be thought of to be a privilege,” Harris said. “It should be understood to be a right.”

Harris’s slogan, “Kamala Harris, For The People,” stems from her career as a state and Bay Area prosecutor and is meant to speak to her toughness and advocacy. However, her party’s record, as ascribed by the largess of Republican voters, tends to be two-fold in the theory that democrats continue to be “soft on crime” which has become a somewhat thorny issue for a party where criminal justice has become a central issue.

“I’ve been consistent my whole career,” Harris said in response to a question directed at her “contradictory” past. “My career has been based on an understanding that, one, as a prosecutor, my duty was to seek and make sure that the most vulnerable and voiceless among us are protected. I’ve worked my whole career to reform the criminal justice system, understanding, to your point, that it is deeply flawed.”

Can these long-shot presidential contenders build a winning coalition? Besides Biden, the very lack of heavyweights could encourage more candidates to join the race. The top-10 candidates are a fairly diverse group in terms of race, gender and age which effectively covers every major Democratic constituency. Voters may recall that it was a lack of competition that helped Sanders gain ground against former Secretary of State Hillary Clinton in 2016. Political watchers may note that if the Democratic Party were unified, there would not be 20 prospective candidates sketching out national campaigns. The first debate may not even have room on the stage for this many contenders.

By the summer of 2020, of course, most of these names will have fallen off the charts when having to confront and contrast against the biggest names in the Democratic field. Because the Democratic National Committee will be forced to fund the most promising candidate(s), many political watchers fear that the newer names could possibly monopolize much of the money, staff talent and media attention.

While it’s merely the infancy of the 2020 presidential race, crisis in government routinely overshadows any political campaign. The recent government shutdown could lay testament to how congressional representatives must sometimes go off script to address the pertinent issue(s) of the day. Democrats’ history of internal debates and differing ideologies (and their national identity) can sometimes be obscured by louder, more venomous clashes between the two major parties. Any challenger hoping to defeat President Trump may have difficulty competing for attention while he is in the White House—or even when he is on Twitter.