What would happen if ‘ObamaCare’ simply went away? 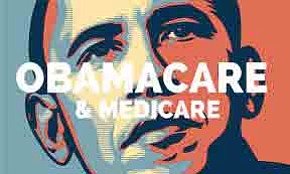 The 5th Circuit Court of Appeals ruled this week that a portion of theAffordable Care Act is unconstitutional.

At least it seemed that two of the three appeals court judges were leaning that way during oral arguments in the case, State of Texas v. USA, in July.

Trump administration health officials have said they will continue to enforce the health law pending a final ruling from the Supreme Court. But that is not a guarantee that President Donald Trump won’t change his mind. That’s what he did in 2017 in canceling some payments to health insurers.

There’s no doubt that invalidating the ACA in whole or in large part would have a dramatic effect on the nation’s health system—and not just for those 20 million or so Americans whose coverage directly flows from the law.

“Billions of dollars of private and public investment— impacting every corner of the American health system— have been made based on the existence of the ACA,” said a brief filed by a bipartisan group of health policy experts. Declaring the law null and void “would upend all of those settled expectations and throw healthcare markets, and 1/5 of the economy, into chaos,” they wrote.

And with health care continuing to be a top issue in the presidential campaign, both Democrats and Republicans could find themselves scrambling for a fast stopgap solution if the law were to suddenly go away.

At issue in the ACA case is whether the language in the 2017 GOP tax bill reducing to zero the tax penalty imposed for failing to have health insurance should render the rest of the law invalid.

A group of Republican state attorneys general and governors say it should. They argued that without the tax, the Supreme Court’s justification for upholding the law in 2012 no longer exists and so the law is now unconstitutional. U.S. District Judge Reed O’Connor agreed with them last December.

Supporters of the law— including not just Democratic attorneys general, but also the Democratic-led U.S. House— and bipartisan groups of legal and health policy scholars say that’s just nonsense, that the law not only can function without the individual mandate penalty but is functioning now.

What would go away— meaning which provisions consumers have become accustomed to— if the law is eventually struck down? Let’s take a look.

Most people think the health law directly affects only those Americans who purchase their own insurance through the exchanges the law created (and who get subsidies if their incomes are between 100% and 400% of the poverty level). That’s about 10 million to 12 million households.

But many of the insurance protections in the law also protect those who have insurance through their jobs. These provisions include allowing adult children to stay on their parents’ health plans and requiring that insurers cover people who have preexisting health conditions at no additional charge to those patients. The law also requires that ACA-compliant policies provide preventive care with no out-of-pocket cost, and bans annual and lifetime insurance coverage limits.