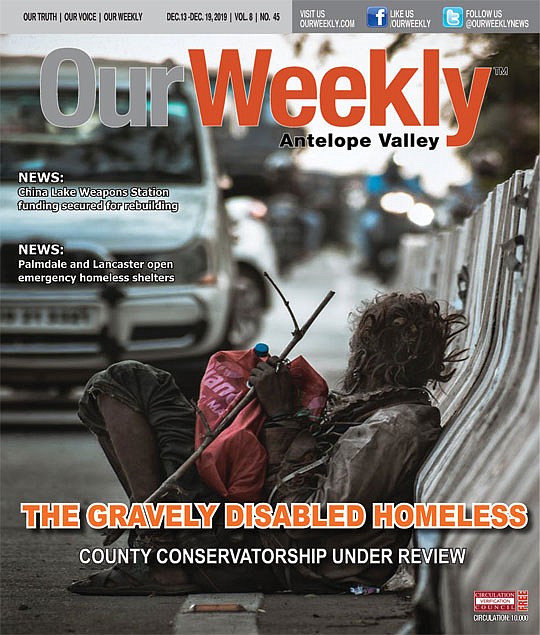 We see them everyday in practically every sector of Los Angeles County. Homeless persons obviously suffering from mental illness, many of whom pose not only a danger to themselves, but to innocent persons who may come across them at the wrong moment.

What to do with this burgeoning population of persons who, by virtue of their illness, cannot be legally held responsible for their actions? The challenges are steep. Because these persons generally won’t agree to treatment, the Board of Supervisors is following the lead of its counterparts in San Francisco and in San Diego in proposing to institute conservatorship from the most “gravely disabled” living on our streets.

A new state law wants to change the expanding homeless dilemma. Introduced late last year by Assemblyman Miguel Santiago—whose 53rd District includes Downtown Los Angeles—and Laura Friedman (D-Glendale), AB 1971 would change the state’s definition of “gravely disabled” to include people who don’t seek necessary treatment because of mental illness. The move followed a motion by the LA Board of Supervisors suggesting a change in the Mental Health Act of 1967, commonly referred to as the Lanterman-Petris-Short Act (LPS), that recognized that not everyone with a mental illnesses needed to be confined to a state-run psychiatric hospital.

The 1967 law has become a valuable tool for law enforcement agencies and mental health professionals dealing with mentally ill people living on the streets. This is the well-known “5150” statute that applies an involuntary hold on persons who may pose a clear and present danger to themselves and others by virtue of their significantly diminished mental capacity. The new argument is that the 5150 provision needs to be expanded, thereby giving authorities wider latitude in deciding when someone should be removed from the streets.

The new attention to this issue may have begun when the 9th Circuit Court of Appeals held that enforcing criminal laws against homeless people living on the street was “cruel and unusual punishment” if a city couldn’t offer enough shelters as an alternative. The ruling struck down a Boise, Idaho ordinance that made it a misdemeanor to camp or sleep on sidewalks, parks or other places without permission.

The U.S. Supreme Court recently heard arguments dating back to 2009, when several individuals who had been cited or convicted under the Boise ordinance filed a complaint against the city, saying that the statute constituted cruel and unusual punishment, and therefore violated their 8th Amendment rights. The case would make its way through the legal system for nearly a decade before the 9th Circuit Court of Appeals made its ruling in September, 2018.

The appeals court unanimously overturned an earlier district court’s decision in favor of Boise in not only protecting the Boise’s homeless persons when sleeping on the street when there was no shelter, but did the same for homeless persons in nine other western states where the court has jurisdiction, including California. Los Angeles County is one of several California regions that have supported the Boise ruling, and joined dozens of other municipalities in submitting an amicus brief urging the Supreme Court to hear the case.