Will restructuring the justice system improve the lot of our juvenile offenders? 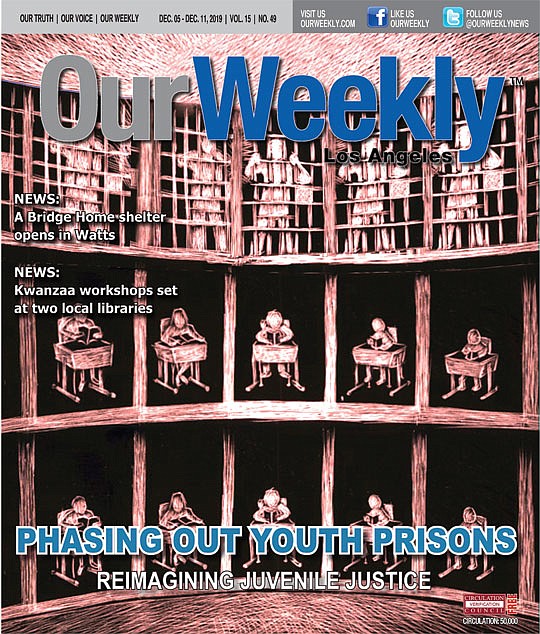 “What most needs explanation is not why some people are criminals, but why most people are not.”

Like it’s adult counterpart at the LA County Men’s Central Jail, the Juvenile Services branch of the Los Angeles County Probation Department is the nation’s largest, and historically a hot bed for dysfunction and allegations of abuse. Over the past two decades, it (and the state juvenile justice system) has under gone a litany of oversight from federal and private entities to raise the standard of its stewardship of problematic youth.

More recently, the County Board of Supervisors has stepped in to oversee a reorganization that hopefully will rectify  the culture of  violence and abuse that have plagued the juvenile halls and camps. At the same time, Gov. Gavin Newsom is moving forward with his own reform proposal to end juvenile imprisonment.

“Juvenile justice should be about helping kids imagine and pursue new lives — not jumpstarting the revolving door of the criminal justice system,” he said at a Stockton, Calif., correctional facility shortly after his inauguration in January.

These problems are not relegated locally or within this state. American justice, the law, and the prison system like othe facets of the United States governemnt are cyclic in nature, that is, they are impacted by the whim and whimsy of public emotion and sentiment.

Rehabiltation and incarceration are simultaneous oppositional and connected components of the legal system, as  the national pysche swings between the desire to cure society’s unfortunates, and the urge to “get tough” on crime, and protect civilization from the baser instincts of these social misfits. Every political election is influenced by the sway of the law and order mandate between left and right wing branches of the political spectrum, and the urge to attract voters by tapping into that inate fear of a lawless element shrouding America’s unresolved phobias of race and xenophobia.

Regardless of which methodology chosen, punitive or resurrection, this argument has contributed to America’s status as the world’s biggest jailer, with upwards of 2.2 million people behind bars, according to the non-profit, non-partisan Prison Policy Initiative (https://www.prisonpolicy.org).

“Scholars of mass incarceration point to the 1970s as a pivotal turning point in U.S. penal history, marked by a shift towards more punitive policies and a consensus that “nothing works” in rehabilitating inmates.”

Feeding into these phobias (and their ability to garner the votes of an impressionable constituency) often has lingering consequences. No less a liberal icon than Hillary Rodham Clinton endures the fallout from her decades old comments about marauding “super-predators” (loaded with racial enuendo), in support of her husband President Bill Clinton’s acceleration of mass incarceration in the 1990s. Former New York City Mayor Michael Bloomberg has recently seen fit to apologize for the stop-and-frisk tactics that categorized his reign in the Big Apple, as he ogles a presidential run.

On the other end  of the spectrum, 1988 Democratic presidential candidate Michael Dukakis saw his White House aspirations dashed when a convicted murderer (Willie Horton) raped a woman while on a weekend furlough. He was released on this furlough as part of a rehabilitation program supported by Dukakis.