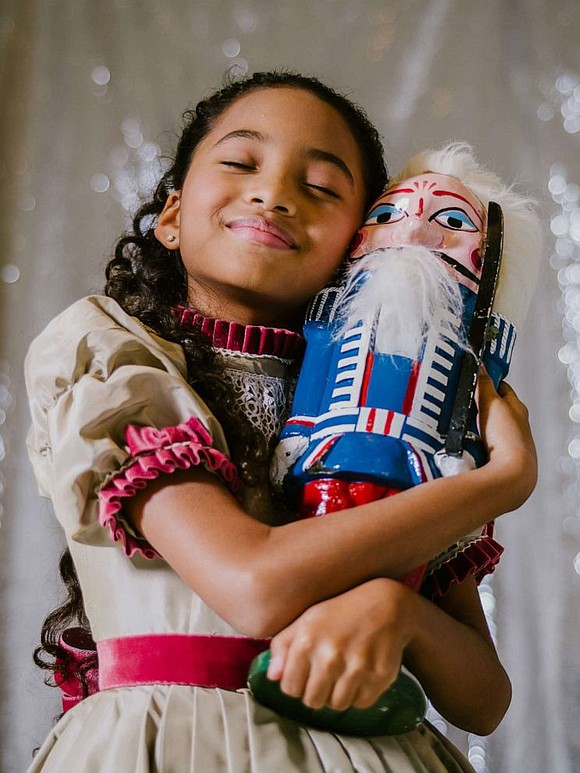 Four years ago, Misty Copeland became first African American woman to be promoted to principal dancer in the American Ballet Theatre’s 75-year history. Now, an 11-year-old girl is also breaking barriers as the star of the New York City Ballet’s holiday production of “The Nutcracker.”

According to the Newe York Times, Charlotte Nebres, a student at the School of American Ballet, danced her way into ballet history as New York City Ballet’s first Black Marie, the young heroine of a show that dates back to 1954. The annual production also includes a diverse cast of other young leads this season, including Tanner Quirk, Marie’s Prince in the ballet, who is half-Chinese; Sophia Thomopoulos, the ballet’s second casting of Marie, who is half-Korean and half-Greek; and Kai Misra-Stone, Sophia’s Prince, who is half-South Asian.

“It’s pretty amazing to be not only representing S.A.B., but also representing all of our cultures,” Nebres told the New York Times. “There might be a little boy or girl in the audience seeing that and saying, 'Hey, I can do that too.'”

Charlotte was just 6 years old when she was inspired when she saw Copeland perform for the first time. “I saw her perform and she was just so inspiring and so beautiful. When I saw someone who looked like me on stage, I thought, 'That’s amazing.' She was representing me and all the people like me.”

Charlotte, whose mother’s family is from Trinidad while her father’s side of the family is from the Philippines, is becoming a trailblazer herself with the role of Marie. Although Charlotte is making waves being cast as Marie, the 11-year-old is just enjoying the moment and doing what she loves most: dancing.