Jackie Wilson gets star on Walk of Fame 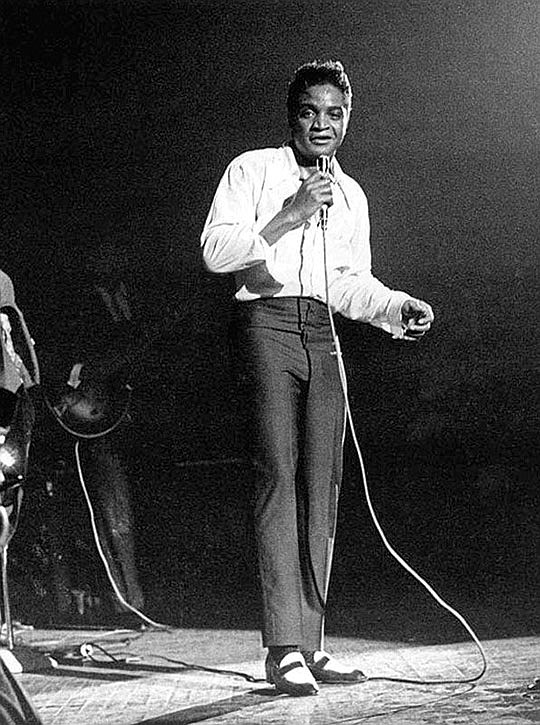 Harlean Harris Wilson, wife the late singer Jackie Wilson, died on Aug. 24, at the age of 81, of natural causes, just days before her husband was to be honored in Hollywood. The Jackie Wilson star unveiling on the Hollywood Walk of Fame will go on as planned, reports Billboard.

On Sept. 4, the Detroit-born singer, whose hits include “Reet Petite” and “Lonely Teardrops” (co-written by Motown founder Berry Gordy Jr.), as well as “(Your Love Keeps Lifting Me) Higher and Higher,” will be honored with a star on the Hollywood Walk of Fame. A new 50-track compilation, “The Definitive Jackie Wilson,” will be released the same day.

Jody Watley, who was Wilson’s goddaughter, will be attending the star ceremony. In a statement, Harlean Harris Wilson, his second wife and executor of his estate, said that, “I’m so elated for him, so ecstatic about my husband getting his star. That title ‘Mr. Excitement’ wasn’t just given to him. He worked for it... (He was) very vibrant, very effervescent, generous to a fault. He loved to sing and he loved life.”

Eighty-five years after he was born and 35 years since his death, the soul music legend will receive a pair of honors. Wilson, whose father Jack was a singer and songwriter as well, began his career in the early ‘50s with the Thrillers and signed to Dizzy Gillespie’s Dee Gee Records as Sonny Wilson, recording a few singles before joining Billy Ward and His Dominoes. Wilson then went solo during 1957.

He landed 14 top 20 hits on the Billboard Hot 100. He was inducted into the Rock and Roll Hall of Fame during 1987 and received two Grammy Hall of fame honors, as well as the Rhythm and Blues Foundation’s legacy tribute award. Wilson was active until Sept. 29, 1975, when he suffered a massive heart attack while performing one of his biggest hits, "Lonely Teardrops," in Cherry Hill, NJ. He fell into a coma and was moved to a care facility. He died on Jan. 21, 1984 at the age of 49 from complications of pneumonia. He was buried at Westlawn Cemetery near Detroit in an unmarked grave until a public campaign raised money for a headstone.

Michael Jackson paid for Wilson's funeral expenses. A new biography and documentary film about Wilson are currently in the works, with details expected to be announced soon.