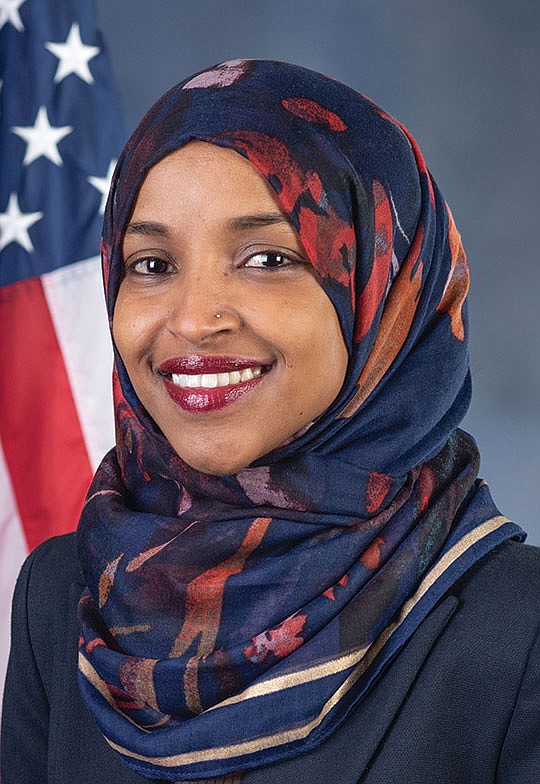 “I’m proud of my Palestinian roots, and I’m also strong because I grew up in the most beautiful, blackest city in the country, in the city of Detroit.”

—Congresswoman Rashida Tlaib (D, MN) as she addressed the crowd during a recent celebration of Shabbat (Judaism’s day of rest and worship) in Detroit’s Pallister Park, in solidarity with the Jewish Voice for Peace.

It was controversial from the beginning. Muslim members of the House of Representatives, Ilhan Omar (D, MI) and Rashida Tlaib, were slated to do a fact-finding tour of Israel incorporating excursions to hot button areas populated by Palestinian refugees, a continuation of the friction between the Jewish and Palestinian communities since the establishment of Israel in 1948-49. These areas of relocation include the Gaza Strip and the West Bank.

They incorporate East Jerusalem as well, along with some of the holiest sites of the Christian, Islamic, and Jewish religions. The pair were banned from the country by Prime Minister Benjamin Netanyahu, citing their criticism of his country as a threat to its national security, a sour point for a nation conceived in the shadow of World War II and the Nazi persecution of that era.

Omar and Tlaib are the harshest critics of Israeli policies and human rights violations in Palestinian areas where Jewish settlers have been funneled in since the 1976 War. Counter charges have been raised against Palestinians by the non-governmental advocacy group Human Rights Watch involving physical abuse and harassment of journalists and other critics of their autocratic governance.

Most vexing to the Israelis was their embrace of the Palestinian-led Boycott, Divestment and Sanctions (BDS) movement. Alternately seen as a beacon of liberation or a bastion of anti-Semitism, its stated goals are to

— End its occupation and colonization of all Arab lands and dismantling the “Wall” (the West Bank Barrier seen either as a security hurdle or a wall of segregation);

—Recognizing the fundamental rights of the Arab-Palestinian citizens of Israel to full equality; and

—Respecting, protecting and promoting the rights of Palestinian refugees to return to their homes and properties as stipulated in UN Resolution 194.

BDS utilized a variety of methods to sway public opinion against anyone supporting the only Jewish state of the modern era, an entity it compares to 20th century apartheid South Africa. Its detractors liken it to the economic tactics of Nazi-era Germany. There are a number of international organizations prohibited from entering Israel’s borders, including the following in the United States:

—AFSC (American Friends Service Committee)-a Quaker group dedicated to peace and social justice. Since 1948 they have attempted to work with both the Palestinian and Jewish population in Israel in an effort to resolve their conflict, which maybe why AFSC has been accused of having an anti-Jewish bias.

—Code Pink-a women dominated organization devoted to end militarism around the globe while championing the Palestinian push for freedom, justice, and equality.

—USCPR (US Campaign for Palestinian Rights).

Prominent Jewish personalities sympathetic to the Palestinian cause include feminist icon Gloria Steinem who voiced her sentiments to Mr. Netanyahu in an open letter: “…your denial of entry and free speech to my U.S. Congresswomen, Ilhan Omar and Rashida Tlaib, is also a welcome sign that I never have to enter any country or place under your authority,” she wrote, going on to liken his diplomatic style of bullying to that of Donald J. Trump, the “…accidental occupant of the White House.”