Founder of ‘A New Way of Life’ 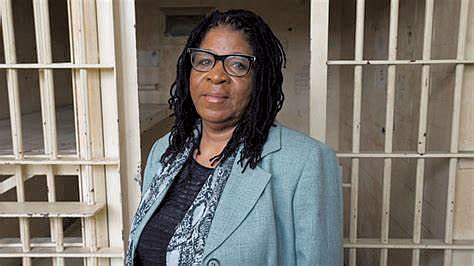 Susan Burton, the founder of the nonprofit “A New Way of Life Reentry Project,” which began in in 1998 in Watts, has been issued a pardon by California Gov. Gavin Newsom, effective immediately.

Burton, who has been formerly incarcerated, helps women who are released from prison start over by providing housing and supportive services.

According to a statement from Newsom’s office, the pardon “does not minimize past conduct; it recognizes a person’s subsequent progress and accomplishments. A pardon does not expunge or erase the conviction.” Burton was originally granted a certificate of rehabilitation by the Superior Court of California in 2004.

Burton was a product of a broken home, exposed to sexual abuse and the death of her five-year-old son who was hit by a car driven by an off-duty cop. These tragedies would lead to addiction and despair. When Burton was released from jail in 1997, she already had a track record for going in and out of prison for nearly two decades because of repeated drug offenses.

Her prison experience taught her what to know about the system. She knew that local jails would routinely place parolees on Skid Row, an area known for its homeless population, drug use, and high crime. Inmates would get dropped off with $200 in their pocket upon release (if they served six months or more) but there was no place to live. Burton would then go to Skid Row and pick up those women—often at a bus depot—and bring them to her home. Word would spread to women’s prisons about Burton’s groundbreaking work, and she began to receive letters to pick them up on their respective release dates.

Following her last term in prison, Burton gained sobriety at the CLARE Foundation in Santa Monica in October 1997. She admits she was surprised that South LA didn’t offer similar services, so she opened up her own home to women who had just got released from prison and needed a place to live.

Although Burton already operated a nonprofit out of her home in 1998, it wasn’t officially recognized as a nonprofit until two years later in 2000. After a church group told her that in order to qualify for bus tokens, she then registered her organization as a nonprofit.

As of today, “A New Way of Life” has eight safe homes in LA and in Long Beach, where more than 1,100 formerly incarcerated women have found safety, hope, and opportunity. Besides offering housing and legal aid services, Burton’s team is also trying to propose new policies for former inmates.

“We have a policy team that works closely with state and local lawmakers to enact criminal justice reform. We were part of the Probation Reform and Implementation Team (PRIT) that provided recommendations to the LA County Board of Supervisors,” Burton said. “We are also backing ACA 6, which would enable people on parole to vote. We are sponsoring legislation to make it easier for organizations to do voter registration drives in California’s county jails. And, we are part of the statewide Time Done campaign, which aims to reduce barriers to reentry for formerly incarcerated people.”

According to their annual reports, “A New Way of Life Reentry Project” has helped 81 women and their 55 minor children. Twenty-eight women are being assisted in gaining access to educational opportunities. Forty-five women now have permanent housing.

“I think we all want to make an impact,” Burton said. “[It] didn’t mean it was too late. It meant if it was going to happen, I had better get busy and make it happen.”

Many women stay between nine months and two years, although they can stay as long as they need to. Burton received national recognition and is advocating for inmates across the US, with groups “All of Us or None” and the “Formerly Incarcerated & Convicted People’s Movement,” both were found with the help of her.

“I am thrilled that Governor Newsom has granted me a pardon,” Burton said. “One of the rights that’s most important to me is being able to serve on a jury, and I took forward to being able to do that now.”