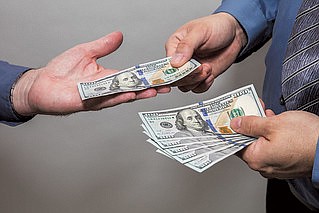 The recent college admissions scandal has revealed that thousands of privileged and affluent high school graduates have been illegally admitted into elite colleges and universities regardless of their academic and or athletic abilities.

Many argue that the scandal reveals the realities associated with “White privilege” and how money can provide unjust advancement in society, even for those who are unqualified and wholly ill-prepared.

“It (the scandal) also underscores the notion that the rich play by a different set of rules, and that college admissions process is not based on merit,” said Charles Stimson of The Heritage Foundation.

The sordid tale involves at least 50 well-to-do people, including Hollywood stars Lori Loughlin and Felicity Huffman, along with an assortment of test administrators, college athletic coaches and CEO’s of lucrative companies who effectively lied, cheated and scammed to get their children into some of the top and most respected universities like USC, Yale and Stanford universities. Thirty-three persons have been charged to date in the scandal.

Dr. Wanda Austin, USC’s interim president, commented on the matter: “What we can say is that the university remains committed to making the appropriate decisions based on the facts of each case. As we stated previously, those outcomes range from no finding of violation to revocation of admission or expulsion.”

William Rick Singer, a well-known college recruiter, is the reported mastermind behind the scam. He helped to execute the scandal by using his college counseling services as a reported cover-up, accepting more than $25 million dollars from parents for a fund specifically designed to assist wealthy families with the college admission process. According to CNN, Singer admitted in federal court his role in scam and was was found guilty on four charges.

“All of these things, and many more things, I did.” Singer said. “I created a ‘side door’ that would guarantee families would get in.”

As news of the scandal spread, the reality of the case is that numerous, deserving and hardworking prospective students of color were not admitted in favor of some unqualified White students. As well, the false claim of “reverse discrimination” (affirmative action) became more pronounced because these young people of color had been, themselves, subject to ridicule because it was believed that their admission to higher education for the past 50 years was [and is] “fraudulent” because they received “extra points” during the admissions process.

L-Mani Viney, a youth advocate and educator, posted on Facebook: “Today the world sees what we always knew, that the wealthy spoiled brats had to cheat and use all their resources just to compete with “us” lower- and middle-class kids who have had to fight for everything we got, when they had everything handed to them.”

Singer had an ill-conceived system in place that would ensure the incompetent students and inexperienced Division-1 athletes would meet university requirements.

“The federal government has alleged that USC is a victim in a scheme perpetrated against the university by a long-time athletics department employee, one current coach and three former athletics coaches, who were allegedly involved in a college admissions scheme and have been charged by the government on multiple charges,” Austin said in March. She proceeded to assure students that the USC administration would be taking a stand and making an effort to help alleviate the possibility of counterfeit admissions from happening again.