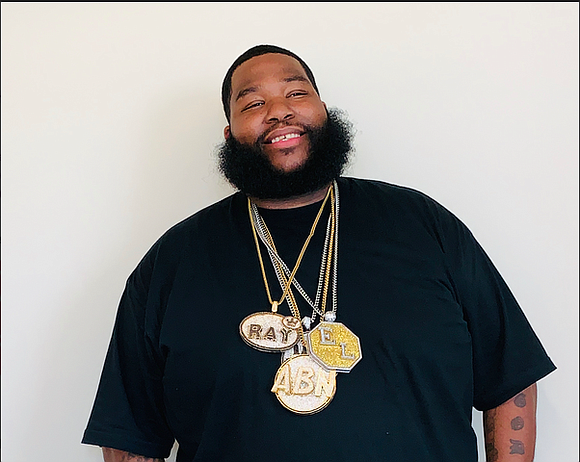 An African American man has filed a $500,000 lawsuit against one of the owners of a Pearl District bar, claiming he was prevented from stepping foot inside because he was wearing “too many” chain necklaces, reports the Oregonian.

Ray Lamont Peterson, 34, claims that was just a pretext for keeping the bar predominantly White. Peterson’s lawsuit claims that Chris Lenahan, one of the owners of Splash Bar, would use a radio to tell security staff to start “arbitrarily enforcing a dress code against African Americans” when he thought the composition of customers was getting “too dark” at any given time.

The suit claims that Lenahan referred to Black patrons by using racist terms. Peterson claims he was told he couldn’t enter the club in August 2018. Reached by phone Tuesday, Lenahan told the Oregonian/OregonLive that the allegations in the lawsuit are “ridiculous,” that he has never referred to African Americans by a racist term described in the lawsuit and that he and his partners operate “the most diverse clubs” with “the most diverse clientele.”

Peterson’s lawsuit was filed Monday in Multnomah County Circuit Court – two months after another African American man, Sam Thompson, reached an undisclosed settlement with Lenahan and his company Vegasstars. Thompson claimed that in May 2017 he was told he couldn’t enter another bar that Lenahan is part owner of – the Dirty Nightlife.

Thompson claimed he was told he couldn’t enter because he was wearing a red shirt and red shoes and had violated the dress code prohibiting excessively matching gang colors, even though another White customer wearing a nearly identical outfit was later let in. Lenahan maintains a huge presence on Portland’s nightclub scene.

Lenahan is part owner of five Old Town and Pearl District bars: Splash Bar, Dirty Nightlife, Shake Bar, Paris Theatre and the LGBTQ-friendly Sanctuary, according to Peterson’s attorneys. Lenahan also speaks nationally and has authored “The Little Black Bar Book: A Comprehensive Guide to Starting, Owning and Operating Your Own Bar or Nightclub.”

According to Peterson’s lawsuit, he had arrived at Splash Bar, also known as Splash Ultra Lounge, at Northwest Ninth Avenue and Couch Street for a friend’s birthday party. Peterson’s attorneys later took a photo of him wearing the same outfit – a black T-shirt, jeans and four thick metal necklaces with emblems. According to the suit, security staff told him his necklaces were violating the dress code, but they would not show him the dress code when he asked to see it.

“(Peterson) then asked to talk to a manager who told (Peterson) they did not want ‘that kind’ of ‘riff raff’ in the club,” the lawsuit states. “(Peterson) asked what that was supposed to mean and protested that others wearing necklaces had been allowed entry that night. The manager responded that he could come into the club if he took one or two of his chains off.”

Peterson’s lawsuit alleges that the club and security staff violated Oregon law prohibiting “unlawful discrimination” in a place of public accommodation. Along with Lenahan and other defendants, Peterson also is suing the security company Top Flyte Entertainment and Security.