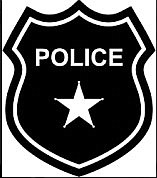 A probe into a White cop accused of having a framed KKK application at his Michigan home could lead to a fresh look at the officer’s fatal shooting of an unarmed Black man in 2009, a prosecutor said, reports the New York Post.

Muskegon County Prosecutor DJ Hilson said the results of an internal investigation into Police Officer Charles Anderson would determine whether prosecutors review the decade-old shooting death of Julius Johnson, who attacked Anderson with his police radio after a traffic stop in September 2009, according to MLive.com. A prosecutor cleared Anderson of any wrongdoing in the shooting, ruling that he acted in self-defense, but Hilson said he now intends to follow any new evidence wherever it leads in the 2009 case.

“Whether or not Officer Anderson has racist tendencies or not, would that move the needle one way or another?” Hilson said. “I guess I can’t answer that question. I don’t know. I need a completed internal investigation.” Hilson doesn’t expect the reported discovery of a framed KKK application at Anderson’s home by a Black potential buyer to change the outcome of the 2009 probe, but it’s too soon to tell, he told NBC News.

“We have a legal, moral and ethical duty to not only substantiate that new evidence but to further investigate if it shows that in fact there might have been a different outcome, had that evidence been known,” Hilson said. City officials started looking into Anderson, a 20-year department veteran, after a Detroit native and Army veteran named Rob Mathis posted on Facebook that he saw the KKK application and Confederate flags on the officer’s wall during a tour of the house in Holton last week.

“I’m thinking to myself as a joke, I’m walking to the imperial Wizard of the Ku Klux Klan’s house right now,” Mathis wrote in a since-deleted post. “I felt sick to my stomach knowing that I walk to the home of one of the most racist people in Muskegon hiding behind his uniform and possibly harassing people of color and different nationalities.”

Anderson has declined to discuss last week’s incident, saying he was told not to talk about it as an investigation continues. He was placed on administrative leave on Thursday, one day after Mathis’ post, MLive.com reports. Anderson’s wife, meanwhile, denied that her husband was a Klan member, NBC News reports. “I wish we could [talk] because it would probably set a lot of things straight,” she said.