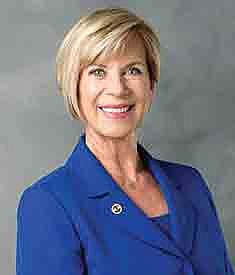 Today, it’s hard to imagine LA being without emergency paramedic services -- that 911 didn‘t exist. But that was almost the case.

“It was a concept that nobody thought would work,” LA County Supervisor Janice Hahn said.

Hahn spoke at a recent news conference held at the County Fire Department’s Paramount station No. 31, helping to push the department’s public awareness campaign and survey, located at www.weareLAcountyfire.org.

Her father’s legacy was at stake.

According to her, the late Kenneth Hahn was recovering from triple bypass surgery when his cardiologist, Walter Graf, asked him “Kenny, how would you like to save a life a day?”

“He faced serious opposition,” his daughter said, explaining that nurses and doctors could not imagine anyone else administering drugs in critical situations. “His own fire chief was against it.”

The elder Hahn is credited with winning support for the idea—first taking it from his doctor, to the Board of Supervisors, to the state legislature and finally flying to Sacramento for a private meeting with then-Gov. Ronald Reagan.

“It was a huge political fight,” Hahn said at last week’s news conference. “That speaks to my dad’s political courage.”

Reagan finally signed the Wedworth-Townsend Paramedic Act of 1970, which allowed firefighters throughout the county to be trained as paramedics. Reagan’s own father had succumbed to a heart attack when the ambulance his mother had called wouldn’t cross the city boundary line to get to their home.

Paramedic training began in July 1970, following Reagan’s approval. It was the first program of its kind.

“It was first in the world,” Hahn said, admiring her father’s determination. “He had a vision.”

“We’re being stretched thin,” said Fire Captain Jason Ghorbani, whose Lancaster station is the busiest in the county, running nearly 40 runs per day.

“The needs of the fire department have been put on the back burner for a lot of years,” Hahn said, noting that the county has reached a crisis point.

“This is incredibly important work and its getting more and more difficult every day.” she added.

The department has seen a 50 percent increase in 911 calls since 2008. But there have been no increases in added resources.

More than 80 percent of the calls are medically related, where paramedics are treating residents suffering from heart attacks; rescuing car accident victims; and diagnosing strokes in the field.

“On top of this, the fire department is facing more bigger and more frequent fires,” Hahn said, noting where there was once a “fire season” there is now a year—round fire threat, fueled by increasing temperatures; drought conditions; high winds; and low humidity.

Fire danger is now the norm in Southern California.

“If we want to continue to offer the excellent emergency medical services and fire protection that we provide today for our residents, we have to address the source of the problem,” Hahn said.

“The challenges we face are real,” she added. “And at the same time I’ve never had more faith in this department and its commitment to protecting the lives of Los Angeles County residents. Thank you to all the men and women who serve in what I believe is the best fire department in the country.”