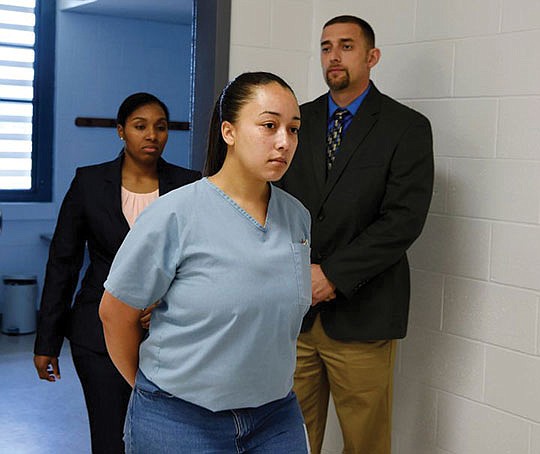 Sex trafficking victim Cyntoia Brown was released from prison last week after serving 15 years of a life sentence for killing a man In Tennessee when she was just 16, reports the Huffington Post.

Her story was first thrust into the spotlight when PBS aired a documentary about her in 2011 called, “Me Facing Life: Cyntoia’s Story.” Celebrities including Kim Kardashian and Rihanna have lobbied for her release in recent years. Tennessee Gov. Bill Haslam granted clemency to Brown in January, commuting her life sentence for murder and making her eligible for release on Aug. 7. A month earlier, the Tennessee Supreme Court had ruled that Brown must serve 51 years before she can be eligible for parole.

Brown, now 31, was placed for adoption in Tennessee when she was a child after her mother began using crack cocaine. Her father’s identity is unknown. Brown’s lawyers say she ran away from her adoptive family in 2004 when she was 16 years old and moved into a motel with a pimp who forced her into prostitution and verbally, physically and sexually assaulted her. Later that year, 43-year-old real estate agent Johnny Allen picked her up in the parking lot of a Sonic Drive-In in Nashville and drove her to his home after she agreed to have sex with him for $150, Brown later testified in court.

Police say Brown shot him in the head at a close range with a gun she brought to rob him. She alleged that she killed him because she feared for her life. Brown was tried as an adult and convicted of first-degree murder. She was sentenced to life in prison with the eligibility of parole in 2055. “I look forward to using my experiences to help other women and girls suffering abuse and exploitation,” Brown said in a statement to the New York Times on Monday. Her book, “Free Cyntoia,” will be published on Oct. 15, Atria Books announced Tuesday.