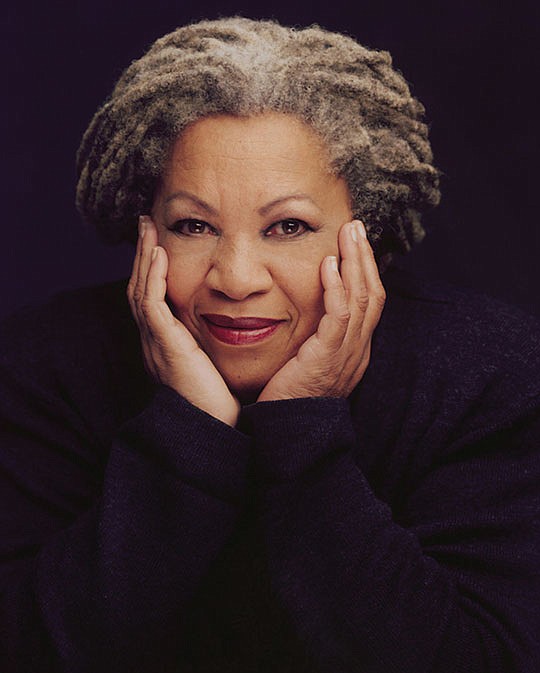 Toni Morrison, the Pulitzer Prize-winning novelist whose work spanned generations of the Black experience—particularly the identity and place of Black women—died this morning in the Bronx, NY after battling pneumonia. She was 88.

Morrison was the first African-American woman to receive the Nobel Prize in Literature and wrote 11 best-selling novels as well as a number of children's books. Among her most celebrated works were “The Bluest Eye” from 1971, “Song of Solomon” from 1977 and “Beloved” from 1988, the latter novel receiving the Pulitzer Prize and later made into a popular motion picture.

Morrison's books were both critical and commercial successes. Her novels appeared regularly on the New York Times best-seller list and were the subject of myriad critical studies in college English departments around the world.

Morrison often worked in a “supernatural” and/or paranormal genre in recalling the African-American oral tradition. Her plots were often “dreamlike” and sometimes nonlinear in moving back and forward in time to reveal her character's backstory. Her narratives would mingle the voices of men, women, children—and even ghosts—in bring forth myth, magic and superstition often handed down among generations of Black families in the Deep South. In some ways, Morrison's work could be similar to that of Samuel Taylor Coleridge's “Rime of the Ancient Mariner,” or the many literary examples of “Celtic magic” during the Middle Ages.

In “Song of Solomon,” for instance, a baby girl is named Pilate by her illiterate father who had “thumbed through the Bible” and selected a group letters that would best reflect his personal strength and character onto his child. In another work, “Beloved,” the specter (ghost) of a murdered child takes up residence in the house of the murderer. Morrison once said of “Beloved” that the story was set in a world in which “anybody White could take your whole self for anything that came to mind.”

Morrison's singular approach to writing is evident in her first novel, “The Bluest Eye,” from 1970 which she wrote during her off hours from her day job as a book editor. At that time, Morrison was a single parent of two young children. The novel's doomed character, Pecola Breedlove, is the friend of the narrator, “Claudia McTeer,” a Black girl from Ohio, who with her sister, Frieda, are the products of a strict but loving family. Breedlove was convinced she was ugly, undesirable within society, and dreams and prays for the one thing that will make her acceptable: blue eyes.

For most readers, one of the most striking things about Morrison's work is that it delineates in a world where White people are largely absent from the story line. As well, her stories were were typically set in small Midwestern towns which she once explained as “an escape from stereotyped Black settings” [in the South or northern ghettos] so often used by African-American authors.

Morrison received the National Humanities Medal in 2000, and the Presidential Medal of Freedom, presented in 2012, by President Barack Obama. The Toni Morrison Society, devoted to the study of her life and work, was founded in 1993.

Morrison is survived by her son, Harold Ford Morrison, and three grandchildren. Another son, Slade, with whom she collaborated on the texts of her many children's books, died in 2010.