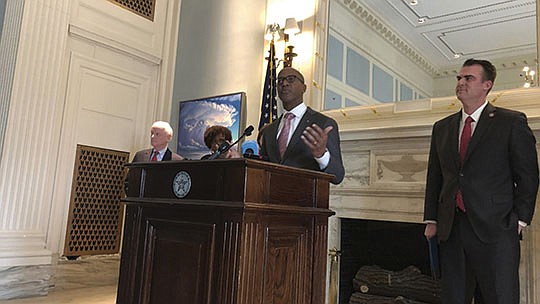 The Oklahoma Senate has confirmed Gov. Kevin Stitt’s pick of the first African American to serve on the University of Oklahoma Board of Regents in 20 years, reports the Associated Press. The Senate voted 45-1 on Monday to confirm Stitt’s nomination of Ohio business executive Eric Stevenson. The sole opposing vote came from Oklahoma City Democrat Sen. George Young, one of two African Americans in the Senate. Young said Stitt should have considered a list of names submitted to him by the Oklahoma Legislature’s Black Caucus. Young says he was impressed with Stevenson's credentials, but that he would have preferred a regent more closely connected to students on the Norman campus. OU has been rocked with racial unrest in recent years after the release of videos depicting students using racist language.