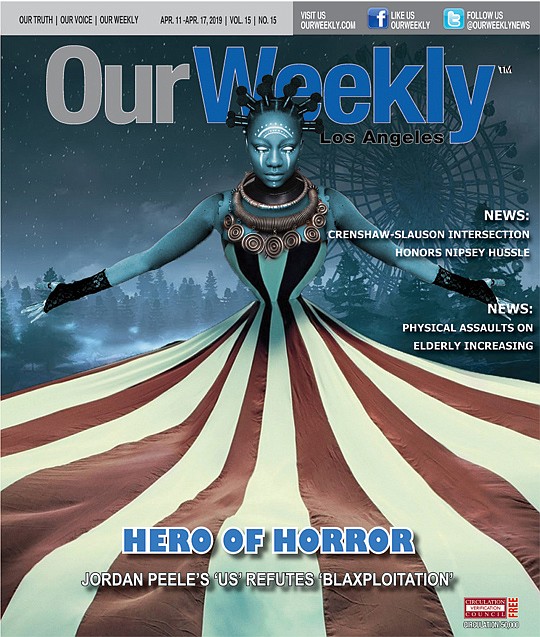 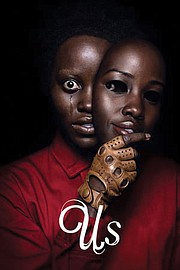 Jordan Peele (“Get Out”) strikes again, with his new thriller “Us.” Similar, yet different Peele’s genre type is transparent as plexiglass. Yes, stereotypes also play a role in this movie, but different than past exploitative images of African-Americans. However, the genre that Peele uses is slowly growing to get more and more attention. Whereas African-Americans were usually the villain in many Hollywood blockbusters, in Peele’s films the usually portrayed victim, turns into the hero. And no, not a cliche, because it’s not predictable.

“Us” is adrenalin-pushing, palm-sweating delicious. It captivates the viewer throughout the two-hours running time. Nevertheless, the genre “Black horror” is nothing new.

The official term, used to attract a Black-only audience, is called “Blaxploitation.” However, as the term says it, it's a subgenre of “exploitation films.” An exploitation film is a film that attempts to succeed financially by exploiting current trends, niche genres, or lurid content. Exploitation films are generally low-quality “B movies.” Blaxploitation (or “Blacksploitation”) is an ethnic subgenre of exploitation film that emerged in the United States during the early 1970s. The films, though having received backlash for stereotypical characters, are among the first in which Black characters and communities are the heroes and subjects of film and television, rather than sidekicks or villains or victims of brutality. The genre's inception coincides with the rethinking of race relations in the 1970s.

During the late 1960s and early 1970s, Hollywood struggled to connect to a broader audience. Although, despite the fact that most directors and producers of Blaxploitation movies were White, the genre was aimed to attract African-Americans, which Hollywood took full advantage of, and it realized the potential profit of expanding the audiences of Blaxploitation films across those racial lines. The first director, screenwriter, and producer who got signed by Columbia Pictures was Melvin Van Peebles. Known for the controversial and Blaxploitation movie “Sweet Sweetback's Baadasssss Song,” where he plays an orphan in a brothel who gets wrongfully arrested by the White authorities. As Variety Magazine reported, in the eyes of Hollywood, films which portrayed rebellious Blacks could be highly profitable, leading to the creation of the Blaxploitation genre. The movie was however, highly controversial for its time.

However, the first ever all-Black horror movie was the Black answer to “Dracula,” with “Blacula,” starring William Marshall and produced by Samuel Z. Arkoff and Joseph T. Naar, ironically - two White guys. Nevertheless, the Black-Horror genre - or Blaxploitation horror - is taking a different direction with Peele. He was the first Afircan-American, who took an Oscar home, for original screenplay of “US”.

And although there were a few other African-Americans before Peele, such as Spike Lee, to win an award in Hollywood it is still a rare occasion. However, it seems like with the success of the Black horror genre, Black actors and all-Black shows are all over TV channels and not just shown on Black-Entertainment-Television (BET). Shows like “Empire,” starring Taraji P. Henson, along Terrence Howard, received prime time on Fox, and Henson also received a Golden Globe award for her role as “Cookie Lyon.” But racism in Hollywood is still prevalent. Although many Black actors and actresses receive award nomination, not many take an award home in comparison to their White competition. Something that still leaves a sour taste in the mouth of many Blacks. Peele was able to break the stereotyping in movies. His success is undeniable.