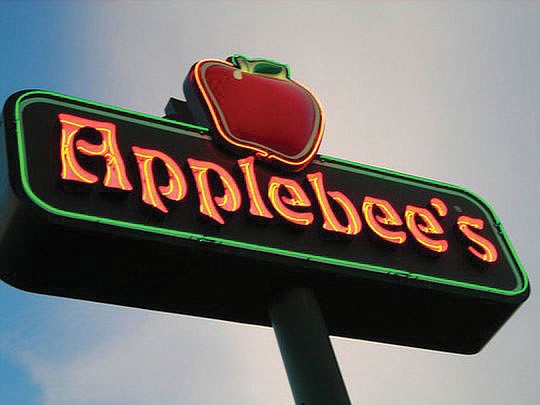 A Black couple from Hamilton (Ohio) is suing Applebee’s Neighborhood Grill and Bar after they say a White server at a now-closed location refused to serve them and then a manager ignored their complaint about discrimination, reports Cincinnati.com.

The federal lawsuit, which was filed last week, says an employee told them “Black customers being poorly served happens all the time.” The experience left them shocked and humiliated, the lawsuit says. The restaurant, which was located at a shopping center on Princeton Road in Hamilton, closed in November 2018, according to its Facebook page. Mitch Blocher, president of RMH Franchise Corp., the company that operated the location, said in a statement Monday: “At Applebee’s we have no tolerance for racism or bigotry of any kind and want all to feel welcome in our restaurants. When the alleged incident was brought to our attention in 2017... we acted immediately to learn more and investigate."

RMH also responded to a notice from the Ohio Civil Rights Commission regarding this matter and on July 26, 2018 the Ohio Civil Rights Commission determined there was no probable cause and closed the matter.” The incident at the center of the lawsuit happened in April 2017. The couple, Natisha and Bennett Harrison, had gone to the Applebee’s for dinner with their two sons. The lawsuit says the restaurant was not busy, but their server, a White man, “would not wait on the Harrisons.”

Natisha, it says, tried several times to call out to the server and let him know they wanted to order, “but each time he ignored her.” They waited about an hour for service, the lawsuit says, and during that time the White customers in their section were served, including two White couples who were seated after them.

According to the lawsuit: Natisha then complained to a bartender and asked to speak to the manager. As they waited for the manager, another employee told them their server was intentionally not waiting on them. The lawsuit says he warned them that “their complaint to the manager would fall on deaf ears because Black customers being poorly served happens all the time.”

They waited another 20 minutes to talk to the manager who ultimately offered to take their orders himself. By that time, it was too late for the family to eat because they had to wake up at 5 a.m. for work. They told the manager they believed they were being discriminated against, but he “was not interested in hearing their” complaint, the lawsuit says. Instead, he demanded to know the name of the employee who told them their server was racist.

Also according to the lawsuit, data showed that sales were low during the time the Harrisons were there, compared to the previous week. The lawsuit says RMH has admitted “they failed to provide the Harrisons with the customer service they expected.” The Harrisons’ complaint, alleging racial discrimination, was filed April 5 in U.S. District Court in Cincinnati.