Black eliminated from jury can sue for damages 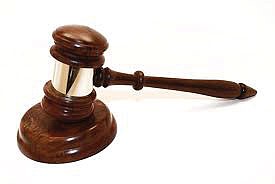 A federal judge says four African Americans can move ahead with a lawsuit seeking damages from a Louisiana district attorney’s office over the racial composition of juries, reports the Associated Press. Their 2015 lawsuit alleges that the Caddo Parish district attorney ensures that juries are predominantly White by using his right to reject prospective jurors. U.S. District Judge Dee Drell dismissed much of the lawsuit, including a request that he block the prosecutor from using what are called “peremptory challenges” to strike African American jurors. But Drell said four plaintiffs could continue pursuing damages for their allegations that their constitutional rights were violated because they were excluded from juries on the basis of race. The civil rights group handling the case hailed the partial victory as a “huge step forward.”