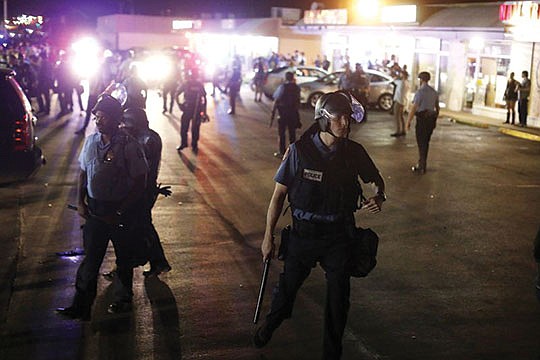 Two young men were found dead inside torched cars. Three others died of apparent suicides. Another collapsed on a bus, his death ruled an overdose.

Six deaths, all involving men with connections to protests in Ferguson, Mo., drawn attention on social media and speculation in the activist community that something sinister was at play, reports the Associated Press.

Police say there is no evidence the deaths have anything to do with the protests stemming from a White police officer’s fatal shooting of 18-year-old Michael Brown, and that only two were homicides with no known link to the protests.

But some activists say their concerns about a possible connection arise out of a culture of fear that persists in Ferguson four years after Brown’s death, citing threats — mostly anonymous — that protest leaders continue to receive.

The Rev. Darryl Gray said he found a box inside his car. When the bomb squad arrived, no explosives were found but a 6-foot (1.8-meter) python was inside.

“Everybody is on pins and needles,” Gray said of his fellow activists.

No arrests have been made in the two homicides. St. Louis County police spokesman Shawn McGuire said witnesses have simply refused to come forward, leaving detectives with no answers for why the men were targeted.

“We don’t believe either one was connected to each other,” McGuire said, but adding, “It’s tough to come up with a motive without a suspect.”

Ferguson erupted in protests in August 2014 after officer Darren Wilson fatally shot Brown during a street confrontation. Brown was unarmed, but Wilson said he fired in self-defense when the Black teenager came at him menacingly.

A grand jury declined to charge Wilson in November 2014, prompting a violent night of demonstration, and one of the first activist deaths.

Deandre Joshua’s body was found inside a burned car blocks from the protest. The 20-year-old was shot in the head before the car was torched.

Four others also died, three of them ruled suicides.

— MarShawn McCarrel of Columbus, Ohio, shot himself in February 2016 outside the front door of the Ohio Statehouse, police said. He had been active in Ferguson.

— Edward Crawford Jr., 27, fatally shot himself in May 2017 after telling acquaintances he had been distraught over personal issues, police said. A photo of Crawford firing a tear gas canister back at police during a Ferguson protest was part of the St. Louis Post-Dispatch’s Pulitzer Prize-winning coverage.

— In October, 24-year-old Danye Jones was found hanging from a tree in the yard of his north St. Louis County home. His mother, Melissa McKinnies, was active in Ferguson and posted on Facebook after her son’s death, “They lynched my baby.” But the death was ruled a suicide.

— Bassem Masri, a 31-year-old Palestinian American who frequently live streamed video of Ferguson demonstrations, was found unresponsive on a bus in November and couldn’t be revived. Toxicology results released in February showed he died of an overdose of fentanyl.