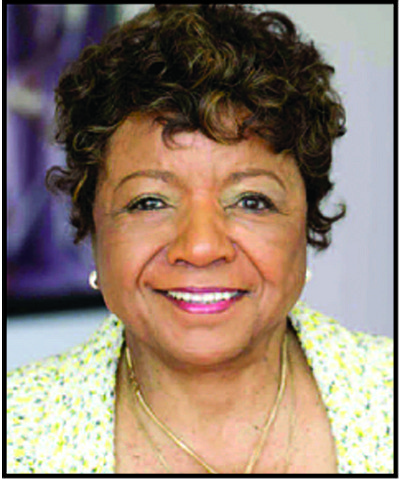 By most measures, California’s economy is humming. Unemployment is low and the strong job market has driven up wages. The state’s economy now ranks as the fifth largest in the world behind the likes of national economies such at the United States, China and Germany.

These economic gains dominate the news cycle but neglects to tell the story of many Californians—those who struggle with daily expenses, unexpected emergencies, and rising housing costs. In actuality, California has the highest poverty rate in the nation and continues to struggle with income equality that touches urban and rural residents alike.

As President of the California-Hawaii State Conference of the NAACP, I will never forget these Californians. On a daily basis, I fight to ensure our state’s policies are reflective of the diverse financial circumstances of all residents, especially those who struggle to make ends meet.

For these reasons, I respectfully oppose Assembly Bill 539 (Limón), which would essentially eliminate many accessible, small-dollar, regulated loans that thousands of Californians rely on to meet their financial obligations. This legislation would effectively outlaw over half of available loans between $2,500 and $10,000, resulting in more than $1.4 billion in unmet consumer loan demand.

In spite of national trends, a study by the Center for the New Middle Class shows African-Americans are much more likely to have experienced a drop in pay or work hours in the past five years when compared to their peers. The study also shows African-Americans are 28 percent less likely to have $1,200 for a financial emergency and 80 percent say they live paycheck-to-paycheck.

Without widely accessible small-dollar loan options, families will either be unable to meet their financial obligations, or will resort to costlier or less regulated options, such as overdrafting on their bank accounts or resorting to borrowing from offshore, illegal lenders who are not regulated by the state.

Sacramento leaders have a responsibility to protect consumers and the most vulnerable amongst us. However, the rate cap proposed by AB 539 would simply push responsible, licensed companies out of the market, and would leave millions of people without the loan options they need and deserve to manage financial emergencies and move forward.

Ideally, all Californians would be financially secure and be able to afford the cost of living in California. Unfortunately, we don’t live in an ideal world. And as many Californians continue to face financial insecurity, it only makes sense to reject burdensome regulations that harm access to diverse credit options.

African-Americans should have assurance that they will have access to safe, reliable loans. Therefore, lawmakers should work to maintain a practical approach to lending that doesn’t reduce options for those who have a subprime credit score.

Alice Huffman is President of the California-Hawaii State Conference of the National Association for the Advancement of Colored People.