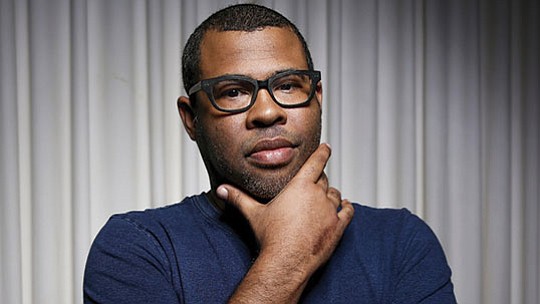 Actor, director and Oscar-winning screenwriter Jordan Peele will be the host and narrator of CBS All Access’ revival of “The Twilight Zone,’’ the network’s digital subscription video-on-demand and live-streaming service announced late last week.

Peele had previously been announced as one of the series’ executive producers, who would collaborate with Simon Kinberg and Marco Ramirez on the first episode.

The original version of the science fiction anthology ran on CBS from 1959-1964 and was hosted by series creator Rod Serling. A revival aired on CBS from 1985-87 with Charles Aidman as the off-screen narrator and in syndication from 1988-89, narrated by Robin Ward.

Another revival aired on UPN in the 2002-03 season with Forest Whitaker as the host and narrator.

“Rod Serling was an uncompromising visionary who not only shed light on social issues of his time, but prophesied issues of ours,’’ said Peele, who won a best original screenplay Oscar in March for his script for the horror film “Get Out.’’

“I’m honored to carry on his legacy to a new generation of audiences as the gatekeeper of ‘The Twilight Zone.’’’

Production on “The Twilight Zone’’ will begin this fall. It will begin streaming in 2019.

“The original ‘The Twilight Zone’ bridged science fiction, horror and fantasy together to explore human nature and provide social commentary in a way that audiences had never seen before,’’ said Julie McNamara, CBS All Access’ executive vice president, original content.

“Under the auspices of Jordan Peele, Simon Kinberg and Marco Ramirez, and with the creative freedom that the CBS All Access platform affords, this is an incredible opportunity to bring today’s audiences a modern reimagining of this iconic series.’’