‘If You Love Me’ looks at many trials of parenthood 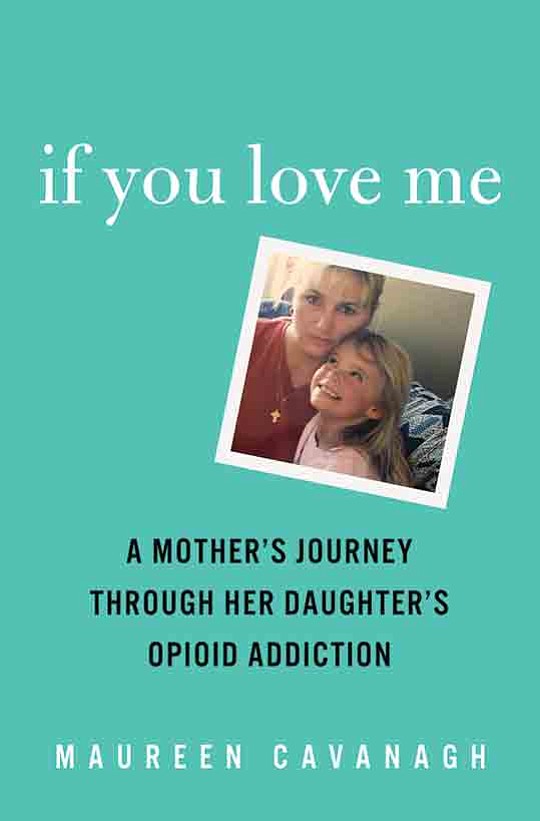 Every milestone your baby passed was reason for celebration. First day of school, first home run, you were there, cheerleading. First crush, first job. Big hopes, even if, as in the new book “If You Love Me” by Maureen Cavanagh (2018, Henry Holt & Co.), your baby doesn’t want them.

A mother, sweetheart, and manager of a non-profit company, Cavanagh is not the kind of person to kill, but that’s exactly what she was on her way to do last winter.

It all started three years ago, when Cavanagh noticed that jewelry was missing from her home, gone from a secret location about which just one other person knew. She quickly confronted her daughter, Katie, who tearfully admitted that she’d stolen the jewelry to buy drugs.

It wasn’t the first time Katie had troubles – but this was definitely the worst. When she was a teenager, she dealt with anorexia and depression. Later, she left college because of alcohol and drugs. Once again, Cavanagh was beside herself.

Leaping into action, she and her ex-husband, Mike, worked to get Katie into detox but Katie bolted – just as she would thirty-eight other times. There would be days, weeks, when she would be sober, seemingly happy, and safe in an expensive hospital, and then she’d suddenly relapse. Glimpses of the old Katie would surface and disappear behind a haze of substance abuse; Cavanagh learned to tell when Katie was high and when it was time to back off from talking about it.

Most of all, though, Cavanagh learned to get the help she needed, in addition to what she needed for Katie. Finding strength in knowing that she isn’t alone then spurred her to make changes in her own life, and to create the perfect job: today, Cavanagh helps substance-abusing young adults find the intervention they need, and she guides their worried, terrified parents through the storm.

Needless to say, author Maureen Cavanagh didn’t murder anyone, but a disturbing end to that part of the story is inside “If You Love Me.”

There’s more, too, of course, and it’s harrowing – especially when you note that nearly the entirety of Cavanagh’s tale – from discovery to a leave-us-hanging resolution – takes place in a short three-year period. That can result in a story-pace that may leave a reader wrung out although, because it’s a lot of in-and-out-of-rehab rehashing, it can also seem repetitive.

Kindred spirits, however, will fully appreciate Cavanagh’s stellar job in reassuring parents via her narrative that there is no shame in reaching out for help or support. She advocates Facebook pages for venting, also offering subtle, in-story advice and rueful observations that make this book valuable for (grand)parent, friend, and politician.

This book deserves its spot on a growing list of books on addiction, just as it deserves to be on your bookshelf if you have a loved one with substance abuse problems. In that case, and if you need the comfort, you may want to reach for “If You Love Me” first.