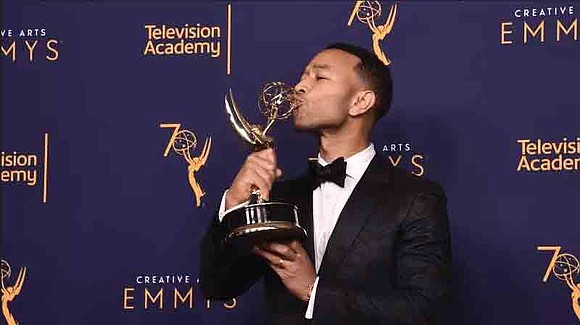 Singer and producer John Legend is the first Black man to earn EGOT status. That means he has won awards from Grammy, Emmy, Oscar and Tony organizations. The Emmy was the last of the three awarded to the gifted artist, as he received a Creative Arts Emmy for his role in the NBC production of “Jesus Christ Superstar.” Next week, he could receive another Emmy as the Primetime Emmys where is nominated for outstanding actor in a limited series. The 39-year-old legend now has 10 Grammys, an Oscar for the “Glory” song in 2015 and a Tony for co-producing of “Jitney” on Broadway. Whoopi Goldberg was the first Black woman to receive the EGOT designation.