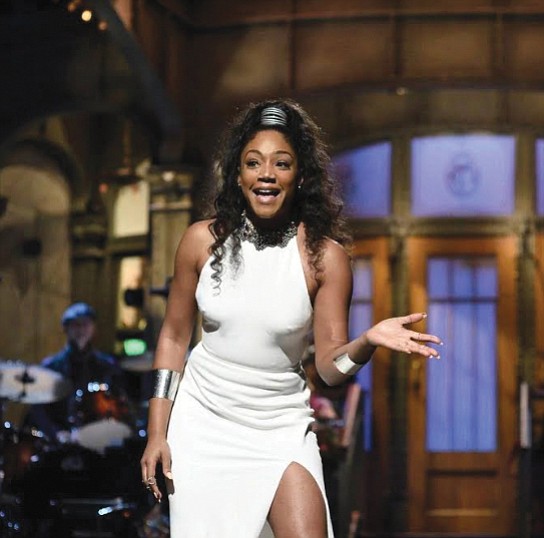 During the first night of the Creative Arts Emmy Awards on Saturday, Tiffany Haddish won the award for best guest actress in a comedy series for her role hosting “Saturday Night Live” on Nov. 11, 2017. The victory was particularly sweet for Haddish — not only because it was her first Emmy award or because it further justified her crown as one of the queens of comedy — but because she was the first Black female stand-up to ever host SNL, reports the Washington Post. The award signaled what was to come. The other three awards for guest-star appearances also went to Black actors. Comic Katt Williams took home best guest actor in a comedy series for his turn on FX’s “Atlanta,” while Ron Cephas Jones and Samira Wiley won best guest actor and actress in a drama for their respective roles in NBC’s “This Is Us” and Hulu’s “The Handmaid’s Tale.” All four were first-time Emmy winners. This also marks the first time in Emmy history that all four awards in this category went to Black actors. In fact, in the past 20 years, it’s only the third time more than one award in this category went to a Black actor — in 2003 and 2014, two of the four awards went to people of color. This category is particularly meaningful because it highlights the strides the television industry has made in telling more diverse stories, including those of complex Black characters — once an extreme rarity.