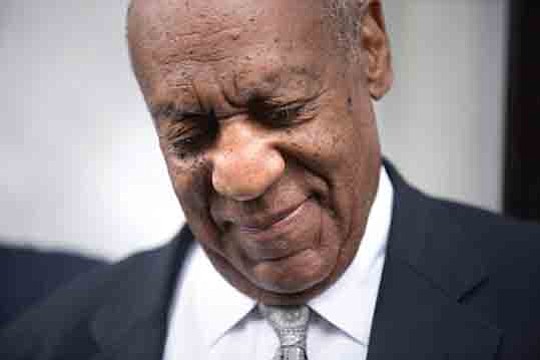 Bill Cosby was tried and convicted without any actual evidence that his crimes had ever been committed, no police reports, no medical records, no collaborating witnesses, just the accusations of women recalling events that occurred 30 years in the past, according to Bob Law, the chairman of the National Black Leadership Alliance.

“And that is in opposition to the legal principle that the accuser cannot bring the action and also be the witness without any collaborating evidence,” said Law in a letter to NNPA Newswire that was endorsed by several others, including Bill Grace, the founder of the WEB Dubois Learning Center in Kansas City, Mo., and Marcia Harris of the nonprofit Empower to Educate in Hackensack, N.J.

Law and his group are among the growing number of experts who believe that Cosby, jailed on Sept. 25 in Pennsylvania, and sentenced to three to 10 years in state prison, should easily have his conviction overturned.

They point to what they call numerous prejudicial rulings and legal errors made by the judge.

The experts also allege that prosecutors hid evidence that would exonerate Cosby and some claim that despite the high-powered and successful attorneys at his disposal, counsel was ineffective.

“The Cosby jury verdict is being heralded as a great milestone in justice for women accusers… …but the problem is that the judge in the case rigged the trial to ensure that Cosby would be convicted,” said International Rights attorney John Davis, who practices in the South of France and who writes about gender issues.

“The trial was a terrific example of the travesty of justice in the American courtroom for sex assault trials,” said Paul Saputo, of the Saputo Law Firm in Dallas, Texas.

“As has happened throughout American history, popular culture weighs heavily on criminal justice and I obviously don’t know whether or not Cosby is guilty of what he’s accused of, but when the justice system sacrifices fairness in procedure to tilt the scales, we have a major problem,” Saputo said.

Not only did Cosby’s accuser receive a large amount of support from the government and media, Cosby became a victim of the mass media and popular culture who won’t give him a second thought, Saputo added.

Among the problematic rulings and mis-steps the experts believe include:

• Trial Judge Steven O’Neill allowed testimony from other accusers who had nothing to do with the case.

• O’Neill refused to allow Cosby’s team to put on witnesses who had given sworn testimony that Constand planned to shake down Cosby and lured him into a relationship to do so.

• O’Neill allowed a juror to remain on the case after others testified in sworn affidavits that, even before testimony began, the juror proclaimed Cosby was guilty.

• Despite compelling evidence presented by Defense Attorney Thomas Mesereau that appeared to show that the statute of limitations had expired on the more than decade old case, O’Neill refused to rule, instead asked that the jury consider it which they did not.

• O’Neill didn’t disclose an ongoing feud he had with former District Attorney Bruce Castor, who convinced Cosby to waive his Fifth Amendment rights and sit for a deposition. In exchange, Castor agreed that the deposition could never be used against Cosby in any Pennsylvania criminal proceedings. The deposition was the primary tool used to convict Cosby.

• O’Neill refused to recuse himself even after it was discovered that his wife donated money to a women’s group that protested against Cosby.

• Several jurors were allowed to sit in judgment of Cosby despite revealing that they were either neighbors of court officials or had personal relationships with detectives on the case.

• O’Neill only allowed parts of Cosby’s civil deposition admitted as evidence after defense attorneys argued that it shouldn’t be admitted at all. They also argued that if the judge was going to admit the deposition, he should allow the entire 87-page document to be presented to the jury for context.