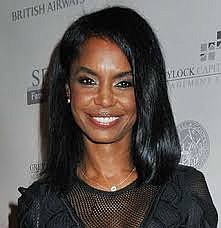 Model and actress Kim Porter, who shares three children with musician and entrepreneur Sean “P. Diddy” Combs, died Thursday, a representative of Combs told CNN. Porter was 47. “Sadly, I can confirm the passing of Kim Porter. I ask that you give the families privacy at this time," Combs' publicist Cyndi Berger said in a statement. Porter and Combs were a couple for more than a decade until 2007. They had twin daughters and a son together. Porter also had a son from a previous relationship. News of Porter's passing elicited heartfelt condolences from across the entertainment industry. “This is so heartbreaking. Lord please give her kids and her whole family strength,” wrote Missy Elliott on Twitter. Curtis “50 Cent” Jackson also took to social media to express his grief. “R.I.P. to Kim Porter. I send my condolences to her friends and family. She was loved and will be missed dearly. I know Puff is hit right now… he loved her for real, soul mate type sh--. Chin up puff. Positive vibes only.” Beyond her modeling career, Porter made several film and television appearances over the years, including roles in “The Brothers” and the TV series “Wicked Wicked Game.” Porter was found dead in her Toluca Lake home on Thursday morning, the Los Angeles County medical examiner's office said in a statement. No information about the cause of her death was released.