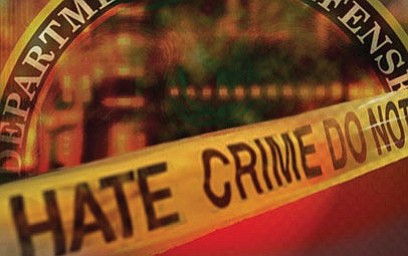 Last Friday, Ann Marie Washington was sucker-punched and stabbed in the chest by a white man who hurled racial slurs, reports multiple news sources. According to the Griot, her family and community leaders in Brooklyn are demanding answers. “We want justice for our mother,” her daughter, Itisha Washington said during a press conference on Sunday. “She’s a hardworking woman, coming home from work on a Friday evening and brutally attacked.” Washington, 57, was recovering from surgery to repair a collapsed lung after she was attacked by the man, who was described as a white man in his early 30s. Washington says the man called her a “Black bi—” as she stepped off a train before attacking her. The NYPD didn’t initially call the attack a hate crime, leading to outrage from neighborhood advocates who said that police would take it much more seriously if the roles were reversed. “If this was a white resident, a new gentrifier to this neighborhood, there would be swarms of cops here,” Imani Henry of Equality for Flatbush told NBC New York. “But when it is a Black person who is attacked by a white racist, there isn’t anything.” During the press conference, Brooklyn Borough President Eric Adams urged the NYPD to get video footage and share it with the public and tweeted his anger earlier on Sunday. “This must be immediately investigated as a hate crime,” Adams said at the press conference. ”This was a mother who was assaulted for no other reason, based on what we heard, (than) her ethnicity. That is unacceptable in this community.” The NYPD said its Hate Crimes Taskforce would look into it. Police said they didn’t have all the details at the time the crime was reported. Advocates said witnesses shot video and there should be surveillance video of the suspect, but police haven’t released them.