Delta apologizes to Black doctor whose credentials were questioned 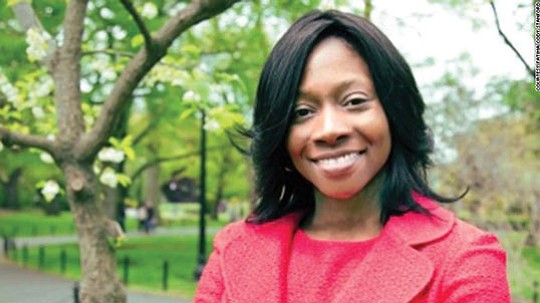 A Black doctor has claimed crew on a Delta Air Lines flight doubted her credentials as she attended to a fellow passenger who was ill. Fatima Cody Stanford, a doctor at Massachusetts General Hospital and Harvard Medical School, said she was on a flight from Indianapolis to Boston when a woman sitting next to her began hyperventilating, reports the Independent. Dr. Stanford told CNN that she was helping the passenger when a flight attendant intervened and asked if she was a physician, to which she replied she was. A second attendant then allegedly asked to see her medical license, which she provided. Shortly afterwards, both airline workers returned and asked if the license she gave them belonged to her. “I am very disappointed that your policies on #Diversity have not lead to any change. As a #Blackwoman #doctor who showed my #medical license to help a passenger on DL5935 your #flightattendant still did not believe I was a #Physician,” Dr. Stanford wrote on Twitter. “My experience last night when a fellow passenger needed help,” she added, “shows that being a [doctor] does not shield from racism.” Delta later responded on Twitter, writing: “I am so sorry for your frustration Dr. Stanford. Please know that Delta does not condone discrimination for any reason and we take your comments very seriously. We are looking into [this] further and will be reaching out to you directly.” Dr. Stanford said an official from the airline called her to say the company was investigating the incident. A spokesman for Delta claimed flight attendants “initially misread the credentials offered by the doctor and went to reconfirm her specific medical discipline.” He added: “We are following up with the crew to ensure proper policy is followed. Dr. Stanford's care for the passenger remained uninterrupted throughout the duration of the medical issue.” Dr. Stanford's experience comes two years after a 2016 incident in which a Black doctor, Tamika Cross, was barred from helping a man who fell ill on a Delta flight. When Dr. Cross tried to come to his aid, a flight attendant dismissed her. “We are looking for actual physicians or nurses,” the flight attendant said, according to Dr. Cross. The story, shared via Facebook, triggered thousands of comments, and an outpouring of stories from minorities and women who had faced skepticism from people who did not think they looked like doctors. Her experience helped trigger changes in the airline’s policies, including the requirement that medical professionals show their credentials before helping passengers.