Teen walks and takes bus to graduation, ends up with a car 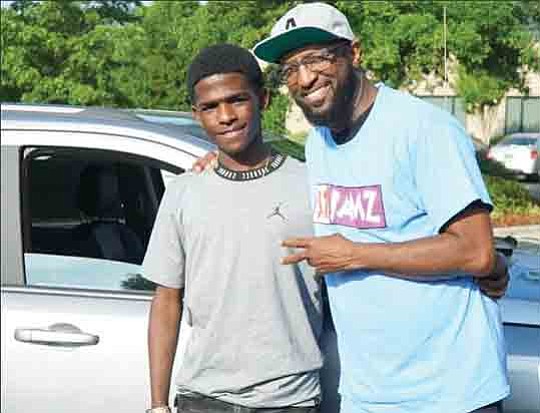 Corey Patrick had to get up extra early on school days – 4:30 a.m. – because if he wanted to get to school on time, he’d have to catch a crosstown bus to get there. His dedication to completing his education did not go unnoticed, however. When a video of him walking in his cap and gown to catch a local bus to get to his graduation at Tarrant High School in Alabama went viral, people took notice. “Even when he would get out of school he couldn’t get from that side of town until 5:19 when the bus runs back over there. So he doesn’t make it back this way until about 6:30 or 7 o’clock,” his mother, Felicia White, told WBRC. According to People magazine, a bus driver noticed Patrick over the last year, and the day he was walking to catch the bus dressed in his cap and gown, he took some pictures and loaded them up on Facebook, saying how proud he was of “this Black young man. The post went viral, and when the personalities of the "Rickey Smiley Morning Show" saw it, they felt the need to do something about it. So they invited him on the radio show. Smiley told his listeners, “He did it because he wanted his high school diploma.” Patrick said while at the station: “I had to do what was necessary for me to walk this year.” A lot of listeners were touched and before you know it, the teen was given a brand new car. And a GoFundMe page was set up as well to help him pay for college. Patrick told CBS 42 that he is going to Jacksonville University to study computer science.