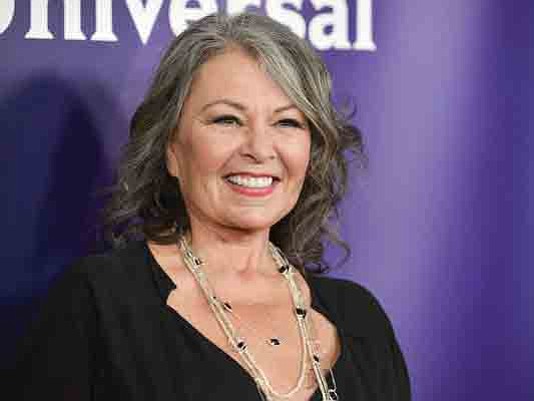 Bad taste bigotry has a singular, twisted appeal. Going back to "Amos and Andy," the reprehensibly stereotypical sitcom that bridged the Golden Era of radio and the fledgling days of television and on to the hysterical intolerance projected on a weekly basis by Archie Bunker, the aura of bad behavior has proven there is market for it among the perverse sensibilities of vast segments of our population. This peculiar appetite, similar to junk food that’s good to you but not good for you, has escalated and metastasized into the millennium with the parallel ascent of a commander in chief, whose similarity to the centerpiece of “All in the Family” has been underscored by the creator of that lovable bigot himself, Norman Lear.

“I think of Donald Trump as the middle finger of the American right hand,” Lear declared before an audience at the Writers Guild in 2016, going a long way in explaining the appeal of the businessman turned politico in contemporary America.

Just as with fast food, however, there are limits. Roseanne Barr, the self-described “working-class domestic goddess,” has captivated audiences over the past two decades with her deliciously cringe-worthy utterances. As activist and author Barbara Ehrenreich said, she is the “…working-class spokesperson representing "the hopeless underclass of the female sex: polyester-clad, overweight occupants of the slow-track; fast-food waitresses, factory workers, housewives, members of the invisible pink-collar army; the despised, the jilted, the underpaid."

It is perhaps fitting that the qualities that fueled her rise to stardom were instrumental to her demise.

The particular declaration that sealed her fate came appropriately enough on social media. Earlier in the week, Barr typed in a message on her Twitter account (since deleted) that read thusly: muslim brotherhood & planet of the apes had a baby=vj

These words perhaps alluded to the suspicions of conspiracy theorists, among the alt-wing that former White House aide Valerie Jarrett is maneuvering to expand radical Islam’s influence in America, allegations that began during her time as a highly placed staff member within the Barack Obama Presidential Administration.

This is not the first time Barr has compared an African American women to an ape. In 2013, Barr compared former United Nations Secretary Susan Rice to an ape (“...susan rice is a man with big swinging ape balls”).

In due course, openly lesbian comedian Wanda Sykes, a producer and lead writer on the newly rebooted working class sitcom “Roseanne,” stepped down from the show. ABC Entertainment, the show’s carrier, cancelled the show, as Barr was dropped by talent agency ICM Partners, with a contingent of notables, in show biz and the outside media, stepping up to denounce her comments.

"The danger of what we saw with Roseanne is the normalizing" of racism "at a high level" by "a defender" of Trump,” noted activist, minister, and talk show host the Rev. Al Sharpton.

It’s worth noting that Channing Dungey, the first African American women to head a major network, made the decision to pull the plug on the fan favorite. She’d previously “made her bones” by firing actress Merrin Dungey-her biological sister-from the “Grey’s Anatomy” spin off “Private Practice.” In this, she showed other industry “bigwigs” that she had the right stuff to thrive in the cutthroat world of prime time television, where hatchet jobs come with the territory.