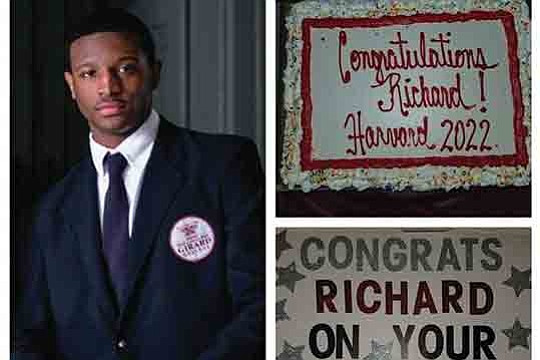 Richard Jenkins, ironically once nicknamed Harvard, is headed to the prestigious university, reports ABC 7. The Philadelphia teen was once homeless and being bullied for being a bookworm. And now he is headed to the school of his dreams on a full scholarship. “I wanted to work to make things happen,” the 18-year-old said. His mom, two younger brothers and he had been living in shelters in Florida and Tennessee before heading to Philly. Jenkins is set to graduate in June from a local high school. He will be the class valedictorian. At Harvard, Jenkins will be focusing on computer science and artificial intelligence and hoping to hide the fact that he was homeless. “There were times when we would put the food we’d already started eating back in the refrigerator because we knew there would be no food coming later on,” he recalled. He added that despite their circumstances, his mother tried to be a source of inspiration. A GoFundMe has been set up to get funds to cover expenses that will not be covered by his financial aid. At press time, the goal was $40,000 and the fund was at about $38,000. Here’s the link: GoFundMe Richard Jenkins.