Black nurses in the Army in WWII assigned to take care of Nazi prisoners, and wait for the reason 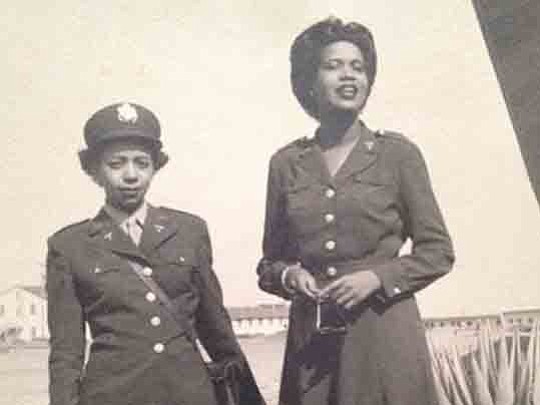 More than 75 years ago during World War II, which was basically a huge part of the Nazi movement, African American nurses who chose to serve their country were most likely to be assigned to take care of Nazi prisoners, reports the Smithsonian magazine. How ironic that women of color were relegated to work closely with people who hated them for just being Black. Writes Alexis Clark of the magazine: “Prohibited from treating the white GIs, the women felt portrayed by the country they sought to serve.” The stunning story reveals how Black nurses were relegate to work at such prisoner camps as Camp Florence in Arizona, yet refused service at a Woolworth’s lunch counter, even when wearing their U.S. Army uniform. Elinor Powell, like many other Black nurses in the Army Nurse Corps, was tasked with caring for German POWs—men who represented Hitler’s racist regime of white supremacy. Though their presence is rarely discussed in American history, from 1942 to 1946, there were 371,683 German POWs scattered across the U.S. in more than 600 camps. Some POWs remained until 1948. For Black nurses, the assignment to take care of German POWs—to tend to Nazis—was deeply unwelcome. To the African-American women who had endured the arduous process of being admitted into the U.S. Army Nurse Corps, this assignment felt like a betrayal. They volunteered to serve to help wounded American soldiers, not the enemy. And here’s a startling piece of info on one of the reasons the Black nurses were assigned: it was to replace white nurses because reportedly there was “too much fraternizing between white nurses and German POWs.” Read more of this basically untold part of American history by licking here.