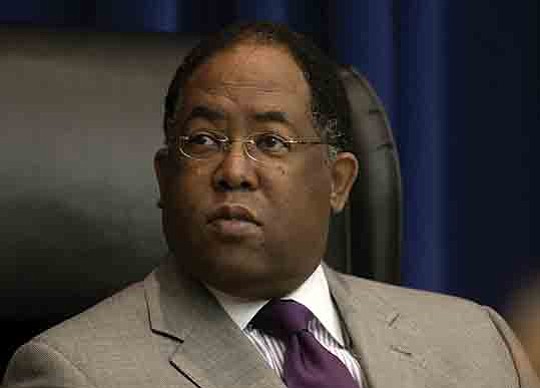 Raising alarms about federal threats to Los Angeles County’s financial stability, the Board of Supervisors voted 4-1 this week to support exploration of a statewide “all-payer’’ healthcare option.

Supervisor Kathryn Barger cast the dissenting vote, saying such a system -- which would set a single rate for healthcare prices statewide -- would destabilize the marketplace.

Supervisors Mark Ridley-Thomas and Sheila Kuehl, who co-authored the board motion, made clear that it did not back any specific proposal, including Assembly Bill 3087. In addition to looking at the all-payer option, the motion directs county legislative advocates to support efforts to develop some form of statewide “public insurance option,’’ set up a statewide individual insurance mandate and fund spending on prevention and wellness programs.

“There’s no rush to judgment here,’’ Ridley-Thomas said, emphasizing that many ideas are being considered to fortify the county’s health care safety net in the face of changing federal laws. “This is an effort to say we cannot be sitting ducks.’’

Ridley-Thomas warned that recent revisions to the Affordable Care Act -- including the elimination of insurance mandates for individuals and small businesses as part of the federal tax reform bill, and executive orders that reduce federal subsidies -- were threats not only to the ACA but to L.A. County’s financial stability.

He and others recalled 1995, when the county was thrown into financial crisis due to the rising costs of caring for indigent, uninsured patients in the face of declining Medi-Cal funding. Management recommended shuttering LAC+USC Medical Center, but the board instead negotiated a Medicaid waiver that generated nearly $1 billion in federal funding over five years to prop up the county system.

Barger said she supported many elements of the ACA and was proud of the county’s role as the safety net for residents with and without insurance. But she said pushing for an all-payer option amounted to “biting off more than we can chew.’’

The California Hospital Association has also voiced opposition to an all-payer option that would set rates for hospitals, doctors and insurers -- at least as envisioned by Assembly Bill 3087 -- saying hospitals could lose as much as $18 billion annually, resulting in massive service cuts and the loss of as many as 175,000 hospital jobs.

Both “single-payer’’ and “all-payer’’ plans aim to reduce health care costs and provide insurance for everyone, regardless of their ability to afford premiums.

Single-payer has been a leading proposal advanced by advocates of universal health coverage insuring every American. Under such a system, a single public agency would pay for health care, effectively eliminating private insurance plans. All-payer would instead set a single price that all insurers -- public or private -- would pay for procedures and hospital stays.

Nearly 90 percent of L.A. County residents are insured, based on the latest available data. Roughly 1.2 million people gained Medicaid coverage as a result of the ACA and another 380,000 receive premium subsidies through Covered California, the state insurance exchange.

California saw the largest reduction in uninsured individuals of all 50 states as a result of the ACA, according to Amy Wiwuga of Health Access California, an advocacy group that supports the county motion.