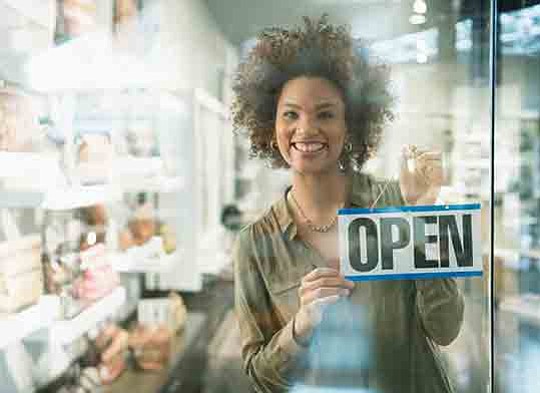 Living as a Black woman in America isn’t easy – especially if you’re the central character in a Tyler Perry drama. But a gamechanger appears to be on the horizon for African American female entrepreneurs, and it’s looking mighty promising.

Backstage Capital, a venture-capital firm that backs underrepresented founders including people of color, women, and members of the LGBTQ community, revealed it’s launching a new $36 million fund that will invest exclusively in black female founders.

“They’re calling it a ‘diversity fund.’ I’m calling it an IT’S ABOUT DAMN TIME fund,” the firm’s founder and managing partner Arlan Hamilton said in a tweet.

The new fund will award Black female entrepreneurs $1 million at a time, Hamilton announced at the United State of Women 2018 Summit in Los Angeles recently. “The goal is to bridge the funding divide between investors and black women in the male-dominated VC landscape,” writes Business Insider.

Hamilton’s new venture has sparked a mixed reaction on social media, dividing those who support her efforts from others who believe that she’s being racially discriminatory. Some are hailing the move for its attempt to address the stubborn lack of diversity in venture capital funding.

Others are decrying the new fund’s exclusion of whites. Hamilton, who has been a staunch and unapologetic champion of underserved entrepreneurs for years, including women, people of color, and LGBTQ founders, seems unfazed by any of the outside responses, writes Black enterprise.

“When you talk to a group of White, affluent male investors and tell them you’re investing in women of color, the first thing that comes out is, `Oh that’s really nice of you. That’s a great mission.’ They immediately correlate us to needing a helping hand,” she said in an interview with Fortune several months ago. “This is not that.”

In 2017, female founders received only 2.2 percent of the $85 billion invested by venture capitalists, according to PitchBook data. The prospects are even worse for women of color: A study by First Round Capital suggested that in 2015, a mere 0.2 percent of all funding went to companies run by women of color.

“I noticed it was the land of opportunity, but not for everyone,” Hamilton told TechCrunch’s Megan Rose Dickey in 2017. “It just dawned on me one day: If I can’t get these investors to take some of the founders seriously just because they don’t look like the last person they invested in, then maybe I should just try to put together some money and make those decisions myself.”

She added, “Black women have had to make due with far less for centuries,” Hamilton said.

The number of businesses owned by African American women grew 322 percent since 1997, making Black females the fastest growing group of entrepreneurs in the U.S.

Overall, the number of women-owned businesses grew by 74 percent between 1997 and 2015—a rate that’s 1.5 times the national average, according to the recently published “2015 State of Women-Owned Businesses Report” commissioned by American Express Open. Women now own 30 percent of all businesses in the U.S., accounting for some 9.4 million firms. And African American women control 14 percent of these companies, or an estimated 1.3 million businesses. That figure is larger than the total number of firms owned by all minority women in 1997, the report found.

“The only bright spot in recent years with respect to privately-held company job growth has been among women-owned firms,” according to the report. These businesses have added an estimated 340,000 jobs to the economy since 2007, while employment at companies owned by men (or with equally shared ownership) has declined.