Reward posted in murder of teen 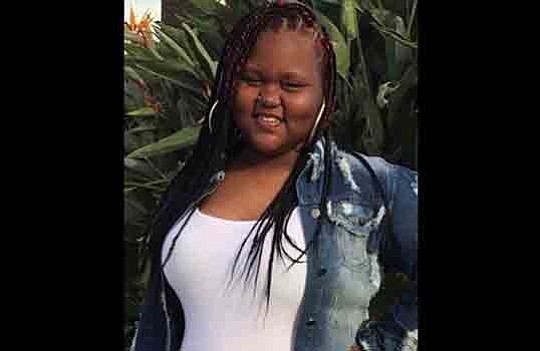 Family members, friends, law enforcement and members of the community this week called on those who may information leading to the arrest and conviction of the person who killed a 15-year-old girl at a South LA hamburger stand to come forward. A $50,000 reward has been offered in this case.

Hannah Bell was fatally wounded about 9 p.m. April 27 at the Best Burger hamburger stand near 77th Street and Western Avenue and died at a hospital.

The reward was announced Monday at a mid-morning news conference at the crime scene that was attended by the girl's mother.

“It was wrong to take my daughter, she was innocent,” Samantha Mays said. “I just need him to come forth—the young man that has done this to my daughter. It would be best for you to just come forward; maybe it would be easier on you if you just give in and take your punishment like you deserve.”

A male suspect wearing a black hoodie was last seen leaving the location on foot, southbound on Western Avenue, according to the Los Angeles Police Department. The assailant was allegedly standing behind the girl and her mother and fired several rounds. Police said they have not determined a motive for the killing. Interviews conducted by the media this week reveal that a Black teenage boy standing near the girl at the time of the shooting may have been the intended target.

The reward was offered by the Los Angeles City Council for information leading to the identity, arrest and prosecution of the suspect or suspects responsible for the killing. Anyone with information on the crime was urged to call (877) LAPD-247.