Rally held at Hall of Justice 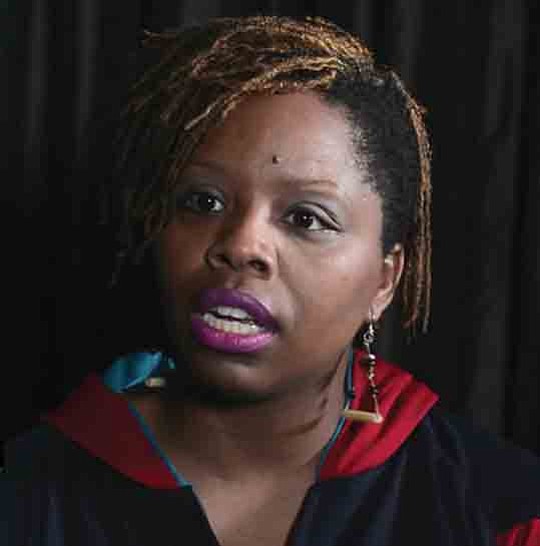 This week, Black Lives Matter co-founder Patrisse Cullors helped launch the Justice Teams Network (JTN), a statewide coalition of rapid response organizations across the state of California that will mobilize communities to respond radically to state violence. The JTN will focus heavily on legislation as well as a public information campaign around the Law Enforcement Officer’s Bill of Rights, the single largest obstacle to police accountability.

“With Stephon Clark’s murder by 20 police bullets in Sacramento on March 18 and Sahleem Tindle’s murder from 3 bullets to the back on Jan. 3 in Oakland, the case for retribution for officers who break the law is again at the top of the agenda,” Cullors said. “Despite the outrage we’re not seeing change in behavior, nor are officers of the State being held accountable because they are being protected by the State.”

Cullors went on in suggesting that police officers have a license to kill with impunity. “The added layer of rights granted under the Police Officer’s Bill of Rights makes it practically impossible to investigate officers and hold them accountable. It remains the major obstacle to justice. This state legislation is a set of due-process rights for police officers under internal investigation for alleged misconduct. It affords officers additional rights during an investigation that are not afforded to civilians, like secrecy and rules about how they will be investigated.”

Signatures were collected at the protest for the Reform Jails and Community Reinvestment Initiative ballot measure sponsored by the Justice Teams Network to give the Los Angeles Sheriff's Department Civilian Oversight Commission subpoena power to investigate deputy misconduct and to ensure that the Los Angeles County Board of Supervisors, the governing body for America’s most populous county and largest jail system, invests some of the $3.5 billion planned for building new jails into providing alternatives to incarceration.

Cullors and the various groups outside of Lacey’s office were joined by the family members of those killed in Los Angeles by the police including: Fouzia Almarou, the mother of Kenneth Ross who was killed by Gardena Police on April 11;  Quintus Moore, father of Grechario Mack who was killed by LAPD officers in the Baldwin Hills Crenshaw Mall on April 10; and   Lisa Hines, the mother of Wakiesha Wilson who died while in-custody of the Los Angeles Police Department at the Metro Detention Center on March 27, 2016.  Wilson was the subject of a recent NBCLA investigation the exposed that an LAPD jailer was fired for Wilson’s death even though the City of Los Angeles claimed that no one from the department was responsible.

“In California, police consistently shoot over 100 people every year,” commented Cat Brooks, Justice Teams Network executive director.  “Last year in the United States, nearly 1,200 people were killed by police officers. These deaths destroy families and rip apart communities while law enforcement responsible for even the most egregious cases are rarely, if ever, held accountable. This needs to stop”

Activists will also call attention to the rash of arrests of LAPD personnel including arrests for attempting to smuggle immigrants across the border, driving under the influence (DUI), public intoxication and workers’ compensation fraud.

On May 4, the Anti Police-Terror Project in Oakland will launch their 21st Century Survival Program at Santa Rita Jail and May 5 there will be a rally hosted by Black Lives Matter Sacramento.