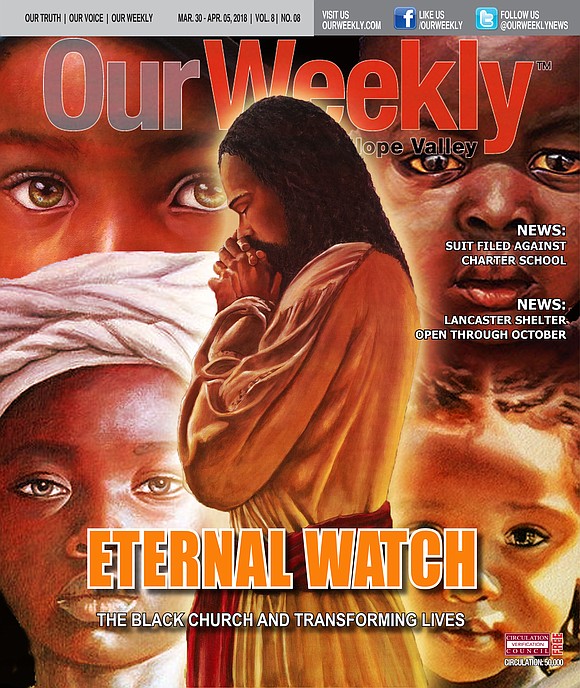 Americans are observing a bittersweet Holy Week as we approach the 50th anniversary of the assassination of Dr. Martin Luther King Jr. During his brief but fruitful sojourn to bring about social justice—and to encourage racial harmony—it may be easy to overlook that King was part of the young generation of his era in attracting those of persons of faith who remained courageous no matter what difficulties lay ahead during the Civil Rights Movement.

Jesus, obviously, was at the forefront of this movement, but the considerable strides toward Black progress could not have occurred without young people. Devotion to Jesus has always been a large part of the African American experience. And while the church has been and continues to be a dynamic and vital force of encouragement in the Black community, many young people may question the propriety of following Jesus. Is Christ still relevant today?

Some may suggest that Jesus was a foreign deity forced upon African slaves. Others may imply that Jesus was nothing more than a psychological ploy to deaden the pain of an oppressed existence. Still more opinions may contend that our forefathers’ worship of Jesus was nothing more than a mask for the expression of more ancient religious practices or, at the very least, a “cover” for the practice of more traditional African religions. Because slaves didn’t read a great deal about Black persons in the Bible, it may be convenient to discount the power that scripture has had on African Americans for the past 400 years.

Black people have appeared on the stage of biblical history many times. One notable biblical character was Zipporah, Moses’ Midianite wife, in the Book of Exodus. With this marriage in place, the story reveals that Zipporah’s father, Jethrow, was also Black. The New Testament features several characters whom scholars believe were likely Black due to the location of their cities. The most recognizable was Lucious’ friend in Antioch, Simeon, who was called Niger which itself means “Black.” The Book of Acts tells the tale of an Ethiopian eunuch who was converted to Christianity, a story that Biblical scholars attest predates Paul first missionary journey into Europe. There is clear and irrefutable evidence that Christianity had existed in Africa by the beginning of the third century, so much so that by that time it had become the dominate religion in North Africa (i.e. Egypt which was reportedly home to more than 1 million Christians during this period).

To say that the Bible is the White man’s holy book—or to believe it is strictly European in origin and nature—does not take into account the facts. In his 1969 book, “The Early Church in Africa,” Dr. John Mbiti illustrated the fact that the message of Jesus was in Africa long before it reached European shores. “Christianity in Africa is so old that it can be rightly described as an indigenous, traditional African religion,” Mbiti stated.

It is frequently asked: “Didn’t Christians start, perpetuate and defend American slavery?” American Christians reacted at almost polar-opposites when it came to God’s acceptance of chattel slavery. While there was always vocal protest of slavery, there were many Christians who defended the practice, often pointing to the passage in Ephesians 6:5-9: “Slaves, obey your earthly masters with respect and fear.” As the issue of slavery grew more intense and divisive, most of the major Protestant denominations were sharply divided on the subject with many pointing to the bloodletting of the Civil War as “God’s punishment” of an unrighteous nation.