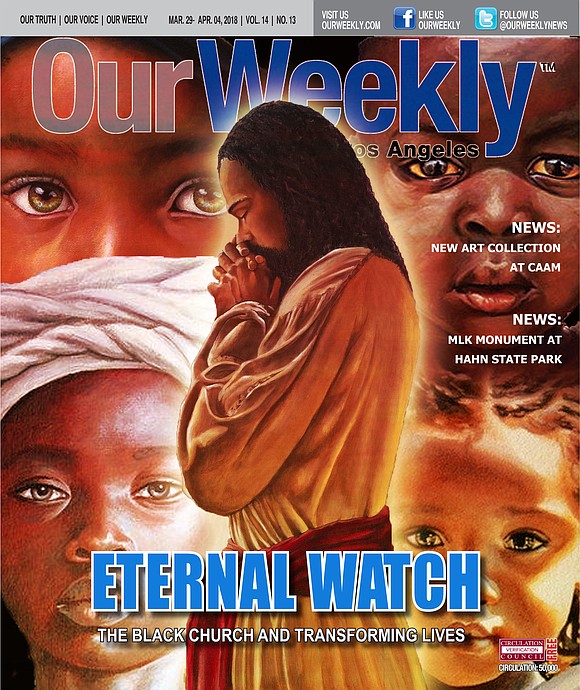 Regardless of the contrasting views of slavery put forth in the Bible, any contradictions never interfered with receiving the transcendent truth of Jesus. In studying the Gospels, slaves found hope, courage, strength and comfort. The Negro spirituals, in particular, would come to represent the legacy of the faith of those who, from an earthly standpoint, had cause for despair.

The slaves who turned to Jesus knew the difference between some of the versions of Christianity they were seeing practiced by Whites, and the Good News they heard described in the Bible. A line in an old spiritual would make this point eminently clear: “Everybody talkin’ ‘bout Heaven ain’t goin’ there.” These men, women and children chose to follow the Jesus they saw in the Bible who provided the hope and power they needed to survive their bondage.

The liberating dynamic of the Gospels caused the Southern states to place restrictions on missionary activities among slaves, forbidding reading instruction and limiting any and all evangelical activities. These restrictions would give rise to the famous “Hush Harbors,” the secret hideaways where slaves would gather to worship. Slaves young and old began to realize that the Gospels taught them that they were children of the Most High God, citizens of His heavenly kingdom, and that they had inherent value as human beings and not mere beasts of burden as society would picture them. When slaves entered prayer and worship, they experienced a fleeting but galvanizing foretaste of an eventual eternal reward.

Skip ahead 100 years and history would reveal that the Black community continued to find refuge in the Gospels. And although there were exceptions including the 1963 bombing of the 16th Street Baptist Church in Birmingham, Ala., and the 2015 mass murders at Mother Emanuel AME Church in Charleston, SC., the church would always provide African Americans with protection from those who would try to tarnish their faith and do them physical harm.

Refuge within the Black church

The vibrancy and progressive power of the Black church is well documented. It was in these churches that the Black colleges and universities were conceived. The Black church was the starting point of the NAACP, Southern Christian Leadership Conference, Congress of Racial Equality and the Urban League. In the 20th Century, it was the Black clergy who often provided the leadership for the Black community.

In King’s day, some young people would assert that Christianity was a debilitating and pacifying force in the Black community. Black Millennials continue this discourse in light of continued racism whether it be high unemployment, poor educational opportunities, affordable housing, and extending to the rash of police shootings of unarmed Black persons. Because the God of the Bible has always been a source of comfort, strength, hope and stability, faith in Jesus has not encouraged passivity, but rather activism in millions of African Americans by virtue of prayer vigils at the many protest marches that inevitably take place when civil rights are violated.

The famous civil rights leaders who adhered to the Gospels became some of the world’s most effective spokespersons. By their own testimony, these African American Christians declared that it was their personal relationship with Jesus that fueled their struggle, energized their activism and provided hope for a better future. Yet the days of the “old time religion” began to wear thin on the new Black generation which, in effect, were the first recipients of the benefits of desegregation but would face new challenges in choosing from previously unheard of opportunities and experiencing unprecedented freedom.